Gujarat Bridge Collapse: The news of the death of 141 people in the Morbi Bridge accident is coming to the fore and many people are still missing, along with it has also come to the fore that the bridge was opened without a fitness certificate..... 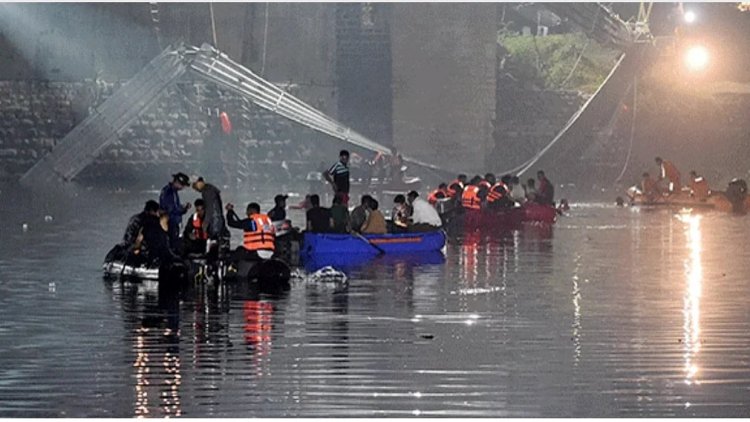 The death toll has risen to 141 in Gujarat's Morbi town when the cable bridge over the Machu river collapsed on Sunday evening, with several people reported missing, the bridge was nearly a century old and after repair and renovation work, It was opened to the public only five days ago.

For your information, let us tell you that people had come to celebrate Chhath Puja and weekend on this bridge on Sunday. According to the information received from the source, the police have started an investigation into the incident. It has been said that the police are also investigating the conspiracy. Police are probing whether there is any political conspiracy behind this or if there is some other conspiracy.

Gujarat Home Minister Harsh Sanghvi said that the state government has constituted a committee to probe the accident and strict action will be taken against those found guilty. Gujarat CM Bhupendra Patel also reached the accident site late in the night.

In all this, President Murmu ji also expressed grief by tweeting.

The tragedy in Morbi, Gujarat has left me worried. My thoughts and prayers are with the affected people. Relief and rescue efforts will bring succour to the victims.