The success and achievements of Ratan Tata are well-known, but down below we have listed some of his unknown and interesting facts that you might not be aware of. Take a look: 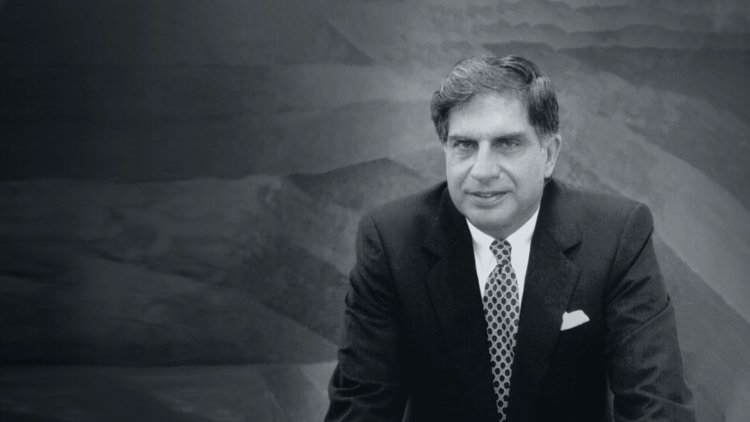 Ratan Naval Tata (Ratan Ṭāṭā, born 28 December 1937) is an Indian industrialist, philanthropist, and former chairman of Tata Sons. He was the chairman of Tata Group, from 1990 to 2012, and again, as interim chairman, from October 2016 through February 2017, and continues to head its charitable trusts. He is the recipient of two civilian awards in India, the Padma Vibhushan (2008), the second highest civilian honour, and the Padma Bhushan (2000), the third highest civilian honour.

Born in 1937, he is an heir of the Tata family, and son of Naval Tata who was later adopted by Ratanji Tata, son of Jamsetji Tata, the founder of Tata Group. He is an alumnus of the Cornell University College of Architecture and Harvard Business School through the Advanced Management Program that he completed in 1975. He joined his company in 1961 when he used to work on the shop floor of Tata Steel, and was the apparent successor to J. R. D. Tata upon the latter's retirement in 1991. He got Tata Tea to acquire Tetley, Tata Motors to acquire Jaguar Land Rover, and Tata Steel to acquire Corus, in an attempt to turn Tata from a largely India-centrist group into a global business. Around 60-65% of his profits are donated to charity making him one of the most significant philanthropists in the world. 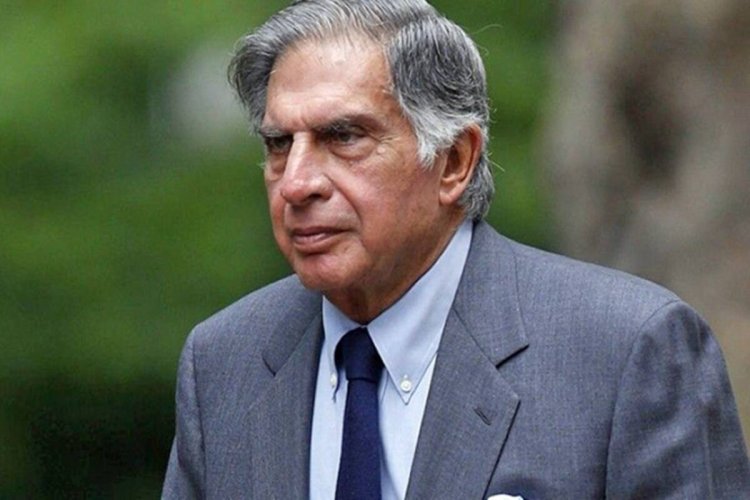 Ratan Tata was born in Bombay, now Mumbai, during the British Raj on 28 December 1937, and is the son of Naval Tata (born in Surat). His biological maternal grandmother had been the sister of Hirabai Tata, wife of group founder Jamsetji Tata. His biological grandfather, Hormusji Tata, had belonged to the broader Tata family; Ratan, therefore, was a Tata by birth. Parents Naval and Sonoo separated in 1948 when Ratan was 10, and he was subsequently raised by the widow of Sir Ratanji Tata, his grandmother, Navajbai Tata, who formally adopted him through the J. N. Petit Parsi Orphanage. He has a half-brother, Noel Tata (from Naval Tata's second marriage with Simone Tata), with whom he was raised. His first language is Gujarati.

He studied at the Campion School, Mumbai till the 8th class, followed by Cathedral and John Connon School, Mumbai, and at Bishop Cotton School in Shimla, and, in 1955, graduated from Riverdale Country School in New York City. In 1959, he then received a degree in Architecture from Cornell University, and in 1975, attended the seven-week Advanced Management Program of Harvard Business School — an institution which he has since endowed. 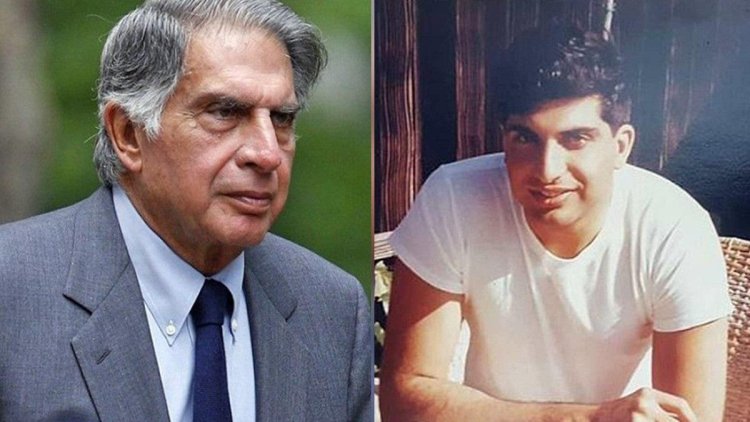 Promoted to management during the 1970s, Ratan achieved initial success by turning Group company National Radio and Electronics (NELCO) around, only to see it collapse during an economic slowdown. In 1991, J. R. D. Tata stepped down as chairman of Tata Sons, naming him his successor. When he settled down into the new role, he faced stiff resistance from many company heads, some of whom had spent decades in their respective companies and rose to become very powerful and influential due to the freedom to operate under JRD Tata. He began replacing them by setting a retirement age, and then made individual companies report operationally to the group office and made each contribute some of their profit to build and use the Tata group brand. Innovation was given priority and younger talent was infused and given responsibilities. Under his stewardship, overlapping operations in group companies were streamlined into a synergized whole, with the salt-to-software group exiting unrelated businesses to take on globalization. 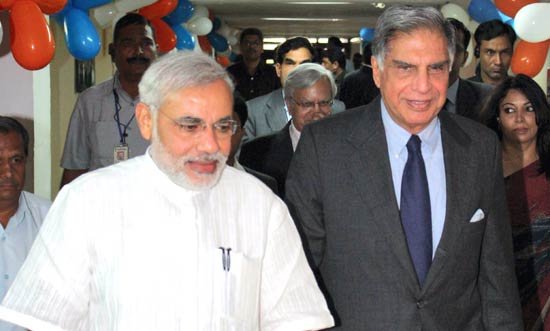 During the 21 years, he led the Tata Group, revenues grew over 40 times, and profit, over 50 times. Where sales of the group as a whole, overwhelmingly came from commodities when he took over, the majority of sales came from brands when he exited. He boldly got Tata Tea to acquire Tetley, Tata Motors to acquire Jaguar Land Rover, and Tata Steel to acquire Corus. All this turned Tata from a largely India-centric group into a global business, with over 65% of revenues coming from operations and sales in over 100 countries. He conceptualized the Tata Nano car. In 2015, He explained in an interview for the Harvard Business School's Creating Emerging Markets project, the development of the Tata Nano was significant because it helped put cars at a price point within reach of the average Indian consumer.

In one of the most dramatic developments in the recent past, the board of directors of Tata Group on 24 October 2016 voted for the removal of its chairman Cyrus Mistry with immediate effect and made Ratan Tata the interim chairman, and in February 2017, Mistry was removed as a director for Tata Sons. The National Company Law Appellate Tribunal (NCLAT) decided in December 2019 that the removal of Cyrus Mistry as the Chairman of Tata Sons was illegal and that he should be reinstated. India's Supreme Court heard an appeal by the $111-billion conglomerate to quash the NCLAT order that directed the Tata group to rehire the man it fired as chairman. Ratan Tata is personally leading the charge in the case and filed a separate petition challenging the ruling in the Supreme Court. The Supreme Court has stayed the NCLAT order that allowed Cyrus Mistry to be reinstated as Tata Sons chairman in January 2020. However, the Supreme Court upheld the dismissal of Cyrus Mistry.

Tata is a supporter of education, medicine, and rural development, and is considered a leading philanthropist in India. Tata supported the University of New South Wales Faculty of Engineering to develop capacitive deionization to provide improved water for challenged areas.

Tata Hall at the University of California, San Diego (UC San Diego), opened in November 2018, houses facilities for the biological and physical sciences and is the home of the Tata Institute for Genetics and Society. The Tata Institute for Genetics and Society is a bi-national institution that coordinates research between UC San Diego and research operations in India to assist in societal and infrastructure development in the area of combating vector-borne diseases. Tata Hall is named in recognition of a generous $70 million gift from Tata Trusts.

In 2010, Tata Group companies and Tata charities donated $50 million for the construction of an executive centre at Harvard Business School (HBS). The executive centre has been named Tata Hall, after Ratan Tata (AMP '75), chairman emeritus of Tata Sons. The total construction costs have been estimated at $100 million. Tata Hall is located in the northeast corner of the HBS campus and is devoted to the Harvard Business School's mid-career Executive Education program. It is seven stories tall, and about 155,000 gross square feet. It houses approximately 180 bedrooms, in addition to academic and multi-purpose spaces.

Tata Consultancy Services (TCS) has given the largest ever donation by a company to Carnegie Mellon University (CMU) for a facility to research cognitive systems and autonomous vehicles. TCS donated $35 million for this grand 48,000-square-foot building that is called TCS Hall. 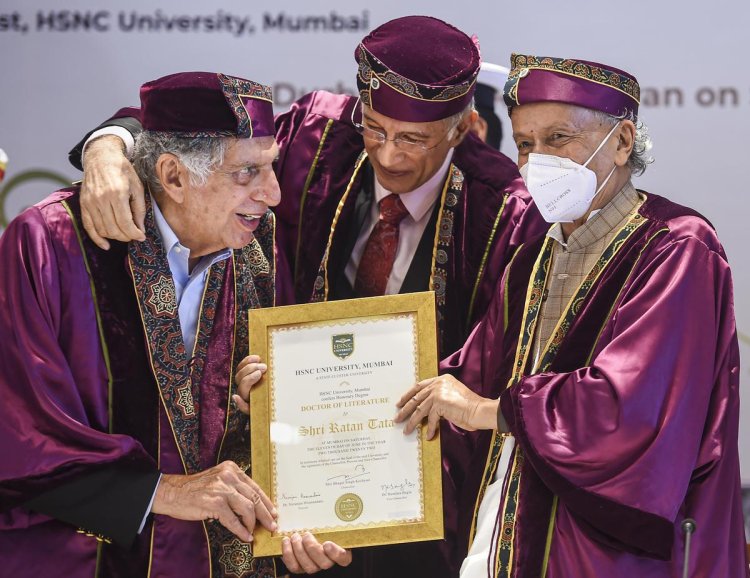 In 2011, Ratan Tata stated, "I came close to getting married four times, and each time I backed off in fear or for one reason or another." Ratan Tata stated recently that he loved one girl in Los Angeles while working there. As his family member was ill, he had to return to India but the parents of the girl didn't allow her to come to India with Tata. So, Tata stood by his commitment and never married.

"How many times have you heard people say this can’t be done? Do not grow with a view that something can’t be done and so should not be done. It’s your job to remove those myths and to get things done."

A successful industrialist, he is also well-known for philanthropy which has earned him several awards and recognition on the national and international levels. Ratan Tata has also received two of the highest civilian awards in India -- the Padma Vibhushan (2008) and Padma Bhushan (2000) – for his immeasurable contributions to nation-building.