'Drishyam 2' is ruling the box office these days. The audience of this film was eagerly waiting for a long time. So the pace of 'Uunchai' and 'Kantara' is not stopping the same, apart from this 'Yashoda' is also moving at a slow pace..... 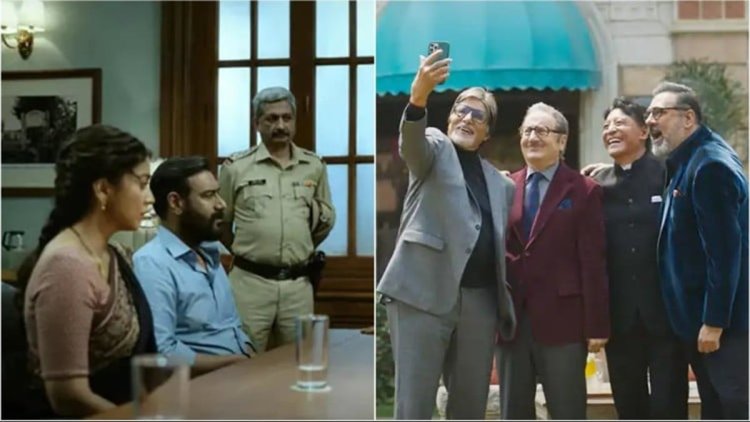 'Drishyam 2' is ruling the box office these days. The audience of this film was eagerly waiting for a long time. Because for a long time most of the films have failed at the box office. Apart from Drishyam 2, the stature of the film of stars like Amitabh Bachchan and Boman Irani is also hinged on the ticket window. Apart from this, Yashoda is also moving at a slow pace. At the same time, a decline is also being recorded in Kantara's collection. So let's know in the box office report that which film collected how much on Tuesday.

Ajay Devgan's film 'Drishyam 2' (Drishyam 2) continues to burn at the box office. Five days have been completed for the release of this film which took grand opening. It is doing well in terms of collections. According to the initial reports, the film has collected Rs 10.65 crore on the fifth day. The total collection of this film has gone up to Rs 86.66 crore.

Also Read - Biopic: Pankaj Tripathi will play the role of former PM Atal Bihari Vajpayee, know when the film will be released

Samantha's film 'Yashoda' hit the theaters on 11 November. The film did a good collection on both the first and second weekend. But now Yashoda's collection is continuously declining. Yashoda's 12th day collection has also arrived. According to the initial reports, the film has done a business of only Rs 56 lakh on Tuesday. The total collection of this film has gone up to Rs 18.25 crore.

Sooraj Barjatya's growth rate is slowing down now. Adorned with veteran actors like Amitabh Bachchan, Anupam Kher, Neena Gupta, Boman Irani, the pace of earning of this film has also slowed down. Although initially this film has done a good collection. As per the initial figures, Akhti has collected just Rs 70 lakhs on the 12th day. The total collection of Ukti has gone up to Rs 25.05 crore.

Also Read - Parrot dances in a special way to impress Maina, you will be in awe after watching the video

Rishabh Shetty's Kantara is taking the country by storm. A few days ago there was news that this film is going to be released on OTT in the month of November itself. It's been 54 days since Kantara was released in theatres. The film has collected Rs 50 lakh on the 54th day. The total earning of this film has been Rs 304.67 crore.