COPD: As soon as these symptoms appear, understand that your lungs have deteriorated, know the solution

Chronic obstructive pulmonary disease is also known as COPD. During this problem, the airways of the lungs get narrowed. Chronic cough, excessive mucus production, shortness of breath, fatigue, unexplained weight loss are some of the common symptoms of COPD...... 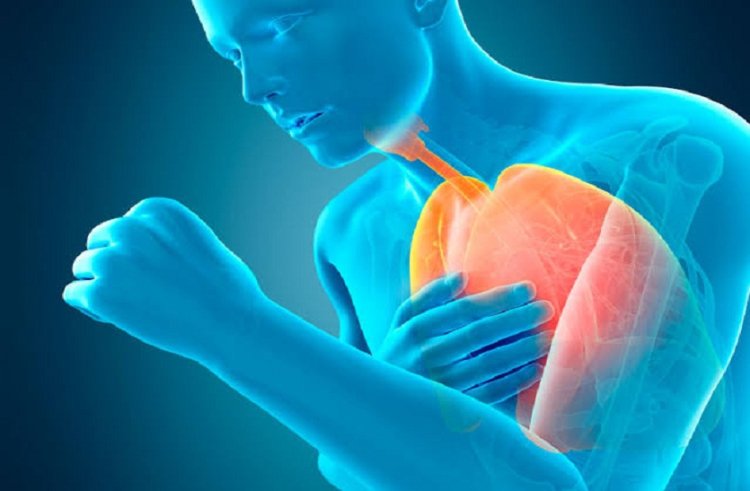 Chronic obstructive pulmonary disease is also known as COPD. During this problem, the airways of the lungs shrink, due to which there is difficulty in breathing. When this happens, carbon dioxide does not get out from inside the body.

Chronic cough, excessive mucus production, shortness of breath, fatigue, unexplained weight loss are some of the common symptoms of COPD. If the symptoms of COPD are detected in time, then this disease can be cured. The risk of diseases like heart diseases, lung cancer is found to be very high in people suffering from the problem of COPD.

Women are more likely to develop this disease than men. Women's lungs are smaller than men's and they are more sensitive to cigarettes or other types of smoke. Estrogen also plays a major role in increasing lung related diseases. Medicines, oxygen therapy etc. can get rid of this disease.

Do not ignore these symptoms (COPD Symptoms)

Symptoms of COPD usually only appear when the lungs are severely damaged. If someone continues to smoke continuously, then with time this problem starts increasing even more. To get rid of the problem of COPD, it is important that you recognize its symptoms in time so that this disease can be treated. So let's know what are the symptoms and causes of COPD -

Yellow or green sputum - Another main symptom of COPD is excessive production of sputum. If the color of your mucus is yellow or green then it is a sign of infection.

read this also - Atal Bihari Vajpayee Biopic: Pankaj Tripathi will play the role of former PM Atal ji, know when the film will be released

Also Read- Biopic: Pankaj Tripathi will play the role of former PM Atal Bihari Vajpayee, know when the film will be released

The risk of COPD is found to be highest in people who consume large amounts of cigarettes or tobacco, while other main causes can be pollution, exposure to smoke or exposure to chemicals.

These people are most at risk of COPD

Tobacco use - If you have been smoking for a long time then the risk of COPD is very high. The more cigarettes you smoke, the greater your risk of COPD. Apart from this, people who smoke cigars or ganja may also have to face this problem.

Patients with asthma - Asthma is a chronic inflammatory disease of the airways. Asthma patients are also at higher risk of COPD. If you have asthma and are also a smoker, your risk of COPD may increase further.

read this also - Shraddha murder case: Shraddha's new photo found, marks of injuries on her face, was treated in the hospital for several days

Also Read - Shraddha murder case: Shraddha new photo found, marks of injuries on her face, was treated in the hospital for several days

Respiratory infections - People suffering from COPD problems get cold, flu and pneumonia easily. Along with COPD, due to respiratory infection, lung tissue damage starts, due to which the patient's discomfort can increase significantly.

Heart related problems - It is believed that patients suffering from COPD are at higher risk of heart related diseases. However, no concrete evidence has been found for this.

Depression - People suffering from COPD have to face difficulty in breathing while doing any work. Many people get into depression in the process of dealing with this serious problem.

How to get rid of COPD

There are a few ways in which you can prevent the progression of the disease. Most cases of COPD are seen in people who smoke heavily. In such a situation, the best way to avoid this disease is to quit smoking immediately. Another major cause of COPD is excessive exposure to dust and chemicals. For this, it is important that you take special care of yourself and use such equipment so that you can keep your respiratory system safe.

Also Read - Shraddha murder case: Shraddha new photo found, marks of injuries on her face, was treated in the hospital for several days