After the MMS of TikTok star Anjali Arora was leaked, users again surrounded her traditional look. So let's know why Anjali, who got fame from raw almonds, is getting trolled about her dress... 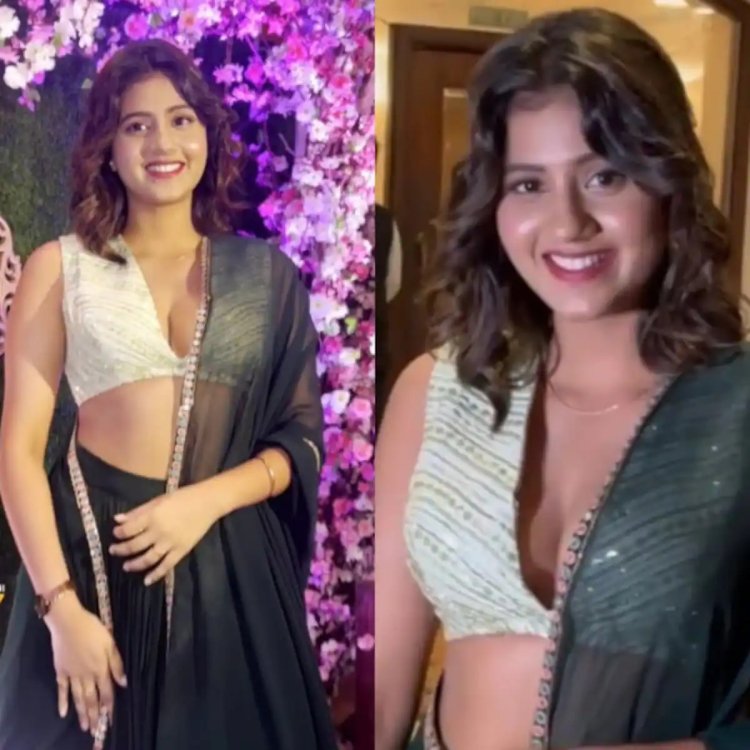 Anjali Arora: TikTok star Anjali Arora has been making headlines for a long time for her fake MMS videos. However, ever since the video has gone viral, users are seen trolling Anjali on some pretext or the other. Meanwhile, users have found another excuse to troll the TikTok star.

Actually Payal Rohatgi and Sangram Singh hosted their wedding reception last night. Where the stars from the small screen to the big screen participated. Videos of Payal and Sangram's wedding reception are becoming increasingly viral on social media. In these videos, Anjali Arora, who got fame from Kacha Badam, was also seen. Anjali has drawn everyone's attention back towards her.

Anjali had kept a traditional look to attend the party. The TikTok star carried a druck green colored lehenga and a white colored deep neck blouse. Anjali's look was quite bold. Fans did not like this style of Anjali after the MMS video leaked. After seeing the clothes of Kacha Badam fame, users even called them Jhanvi Kapoor's copy cat.

One user asked the question- when is MMS part 2 coming. One wrote – People are unnecessarily making this a star. One wrote – Why has Payal Rohatgi invited this .. During the Lock Upp, she was saying that I will never see Anjali OR ever meet, Anjali's fans are jealous of Payal Rohatgi.