Who is Anna Mani, in whose memory Google made a doodle on the 104th birth anniversary today

Today, 23 August 2022, Google Doodle is celebrating the 104th birth anniversary of India's famous meteorologist and physicist Anna Mani. Anna Mani is known as the first woman scientist of India. She is known as 'The Weather Woman of India'. He has contributed a lot for accurate weather forecasting in the country. Similarly, he has been honored with many awards since the foundation of harnessing renewable sources of energy in the nation, so let's know about Anna Mani.................... 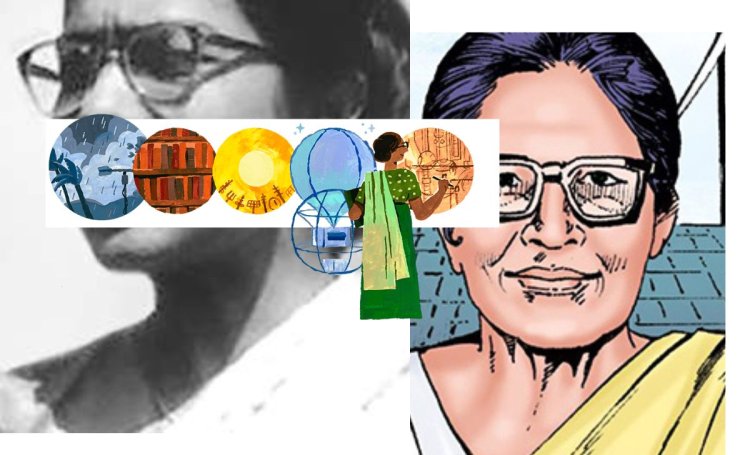 On 23 August 2022, Google Doodle celebrated the 104th birth anniversary of India's famous meteorologist and physicist Anna Mani. Anna Mani is known as the first woman scientist of India who contributed a lot for accurate weather forecasting in the country. Hence, she is known as 'The Weather Woman of India' and has laid the foundation for harnessing renewable sources of energy in the nation.

Anna mani date of birth
Anna Mani was born on 23 August 1918 in Peerumedu, Kerala. She grew up in a former kingdom called Travancore. Anna Mani was very fond of reading books since childhood and eventually became an avid book reader. He spent almost all of his youth reading and searching for books and looked through the entire book collection in his public library.

Anna Mani completed his graduation from Presidency College, Madras in 1939 with a BSc Honors degree in Physics and Chemistry. He did a major part of his research at the Indian Institute of Science (IISc) under Nobel laureate CV Raman.

Anna Mani was a good researcher and her work was published in some famous journals in India, which earned her good recognition. Ultimately, Mani got a chance to join the graduate program at Imperial College, London, where he specialized in meteorological instruments.

Anna Mani returned to India in 1948 and started working in the India Meteorological Department (IMD). During her tenure at IMD, she designed and manufactured several weather forecasting instruments, cementing her roots at IMD and later, she became the head of the department.

Apart from IMD, Anna Mani was also associated with the United Nations World Meteorological Organization, where she held several key positions due to her unique talents and skills.

Due to his remarkable contribution in the field of science and technology, Anna Mani was awarded the INSA KR Ramanathan Medal in 1987. After her retirement, Anna Mani became a trustee of the Raman Research Institute in Bengaluru.