A. C. Bhaktivedanta Swami was an Indian Gaudiya Vaishnava guru who founded ISKCON, commonly known as the "Hare Krishna movement". 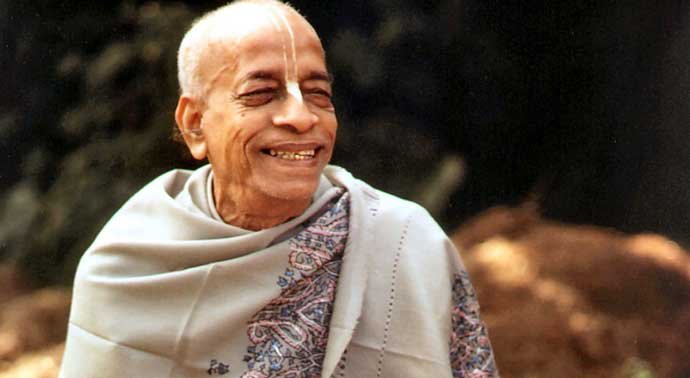 Early life
Prabhupada was born Abhay Charan on 1 September 1896 in Calcutta. He was also called Nandulal. His parents, Gour Mohan De and Rajani De, were devout Vaishnavas and resided at 6 Sitakanta Banerjee Lane, Calcutta. Abhay Charan studied at the Scottish Church College. He is said to have refused his degree in response to Gandhi's calls to challenge British rule. At the age of 22, he was married in 1919 to Radharani Devi, who was then 11 years old, in a marriage arranged by their parents. At 14, Radharani Devi gave birth to their first son. 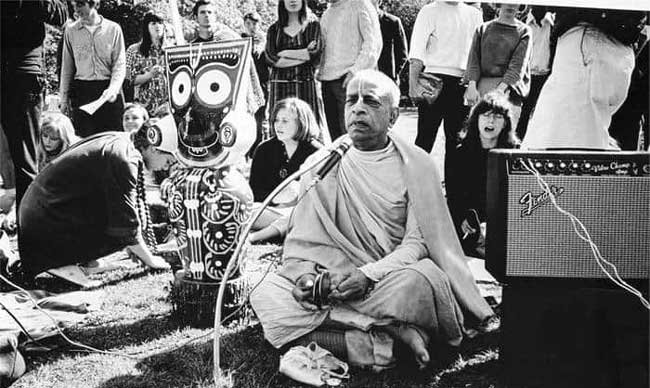 About A. C. Bhaktivedanta
In 1920 Bhaktivedanta completed his B.A. in chemistry at the Scottish Churches’ College in Calcutta; by that time, his family had arranged a marriage for him, and he later established a pharmacy business. In 1922 his guru, a spiritual leader of the Vaiṣṇava Hindu sect, urged him to preach the teachings of Krishna throughout the Western world. Thereafter Bhaktivedanta devoted much time as lecturer, writer, editor, and translator for the Vaiṣṇava and in 1933 was formally initiated as a disciple at Allahabad. 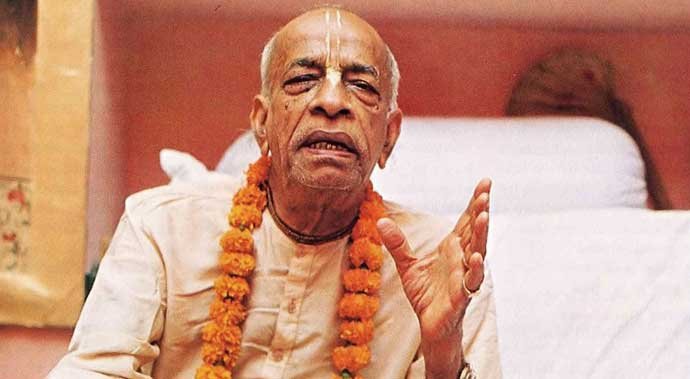 In 1965, at the age of sixty-nine, Srila Prabhupada traveled to New York City aboard a cargo ship. The journey was treacherous, and the elderly spiritual teacher suffered two heart attacks aboard ship. Arriving in the United States with just seven dollars in Indian rupees and his translations of sacred Sanskrit texts, Srila Prabhupada began to share the timeless wisdom of Krishna consciousness. His message of peace and goodwill resonated with many young people, some of whom came forward to become serious students of the Krishna tradition.  With the help of these students, Srila Prabhupada rented a small storefront on New York’s Lower East Side to use as a temple. On July 11, 1966, he officially registered his organization in the state of New York, formally founding the International Society for Krishna Consciousness.
Hare Krishna
Hare Krishna also known as International Society of Krishna Consciousness (ISKCON) popular name of a semimonastic Vaishnava Hindu organization founded in the United States in 1965 by A.C. Bhaktivedanta. This movement is a Western outgrowth of the popular Bengali bhakti yoga tradition, or Krishna Consciousness, which began in the 16th century. Bhakti yoga’s founder, Chaitanya Mahaprabhu, advocated the pursuit of mystical devotion through repetitive chanting, especially of the Hare Krishna mantra 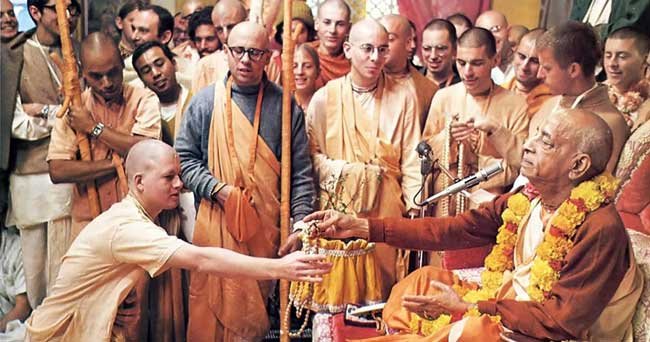 As a young man, Bhaktivedanta was instructed by his teacher to carry Krishna Consciousness to the West. After fulfilling family obligations, he took the vows of a sannyasi and moved to the United States. His first converts were hippies in New York City, who shaved their heads and adopted Indian clothing as signs of membership. They took to the streets to chant and dance and to airports to sell their teacher’s books. In the process, they became one of the most visible symbols of the new religious movements in the 1960s. 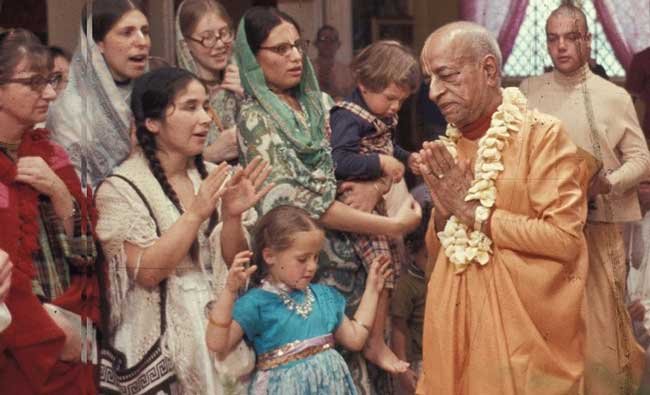 The teachings of the Hare Krishna movement are derived from ancient Hindu scriptures, especially the Srinad-Bhagavatum and the Bhagavadgita. Adherents believe that Krishna (an avatar of Vishnu) is the Supreme Lord and that humans are eternal spiritual beings trapped in a cycle of reincarnation. The nature of the cycle for individual beings is determined by karma, the law of the consequences of past actions, which returns beings to physical existence. According to the movement’s doctrine, it is possible to change one’s karma by practicing extreme forms of yoga; however, the Lord has provided an easier method, the recitation of his holy names, Krishna and Rama.

Believers devote their lives to serving Krishna and spend several hours each day chanting the Hare Krishna mantra. They are vegetarians, and they renounce the use of alcohol and drugs. Sex is allowed only for procreation within marriage. Male devotees shave their heads, leaving only a small tuft of hair called a sikha, a sign of surrender to their teacher. Each morning male and female believers mark their foreheads with clay as a reminder that their bodies are temples of Krishna.