Narendra Damodardas Modi is an Indian politician serving as the 14th and current prime minister of India since 2014. Modi was the chief minister of Gujarat from 2001 to 2014 and is a Member of Parliament from Varanasi. 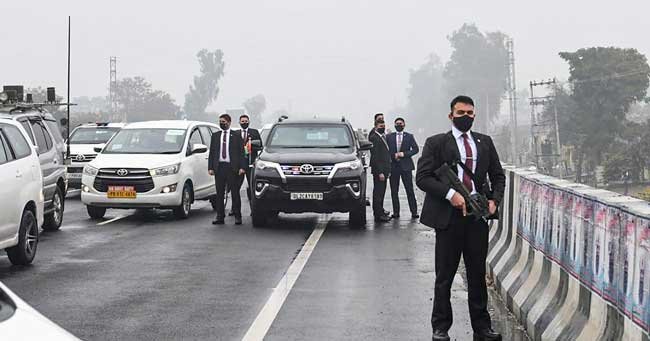 Recently, there was a major error in the security of PM Narendra Modi's convoy in Punjab's Ferozepur district. Being one of the highest positions in the Indian government, the prime minister of India gets an extensive security arrangement as a part of perks and privileges.

Who plans the PM's security arrangements
The Special Protection Group (SPG) is involved in planning the PM’s security. There's a rule book known as the ‘Blue Book’ that lays down security guidelines. The instructions in the 'Blue Book' are issued by the Ministry of Home Affairs (MHA).

image source Economic Times
Before any visit, the SPG holds an Advance Security Liaison with everyone involved in securing the event, including Intelligence Bureau officials in the concerned state, state police officials, and the concerned district magistrate. This meeting is quite detailed. From the PM's travel to his escort and contingency arrangements, everything is discussed here and a plan is chalked out.

Who all will be the part of the convoy is also decided beforehand. According to reports, the first car is the advance pilot warning vehicle, the technical car followed by the VVIP car, and the ambulance along with other cars. A spare car is also there. 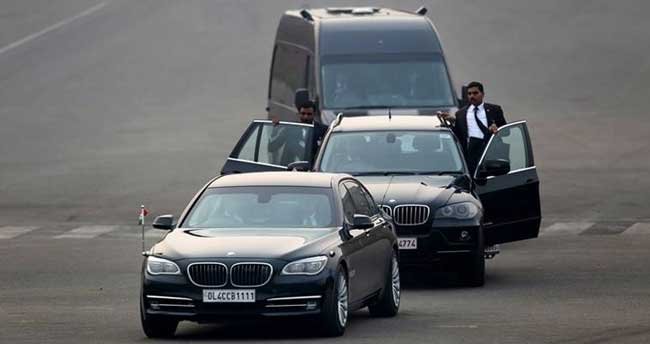 image source The Indian express
A Jammer also moves with the convoy. The convoy apparently also has two dummy cars identical to that of PM’s vehicle to mislead the attackers in the event of a mishap.
The luxurious cars currently a part of the PM's convoy include Range Rover HSE, BMW 7 series 760d high-security edition, Toyota Land Cruiser, among others.
As of now, the SPG provides security to only one person in India and that is the prime minister. The topmost security cover protects the prime minister at all times both in India and abroad. The personnel chosen for his security arrangements come from the Central Armed Police Forces like the Border Security Force, Central Reserve Police Force, Central Industrial Security Force, and the Indo-Tibetan Border Police. They are the best of the best. 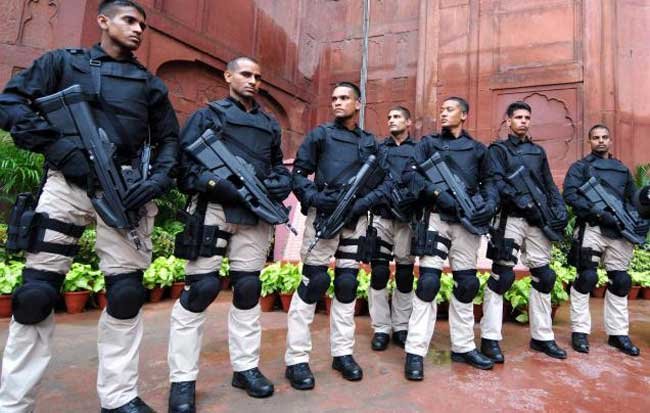 image source babus of India
How do you identify his security personnel?
They are always dressed in black formal business suits, with sunglasses, and carry a two-way encrypted communication earpiece, and concealed handguns. Whenever the PM steps out of his residence in the car, one-side traffic of the entire route is blocked for 10 minutes and two police vehicles patrol the route with sirens on. 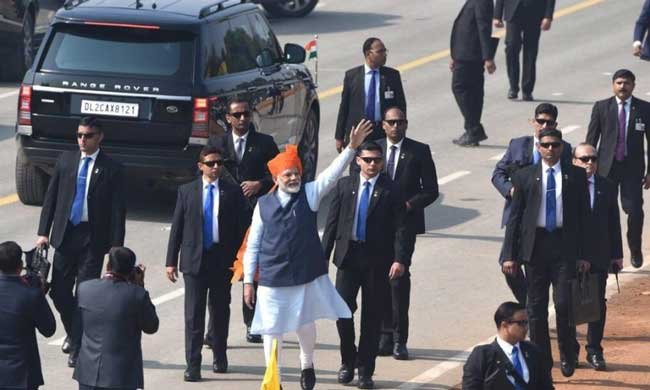 image source dainik bhaskar
What is the cost incurred on the PM's security?
After a significant hike in the budgetary allocation for 2020-21, the cost of SPG cover for PM Modi stands at approximately ₹592 crores. It comes to ₹1.62 crores a day or about ₹6.75 lakh an hour.