The series of boycott is not taking the name of stopping, one after the other big films are being boycotted by the people. Fans have criticized the film's VFX and the looks of the characters a lot.... 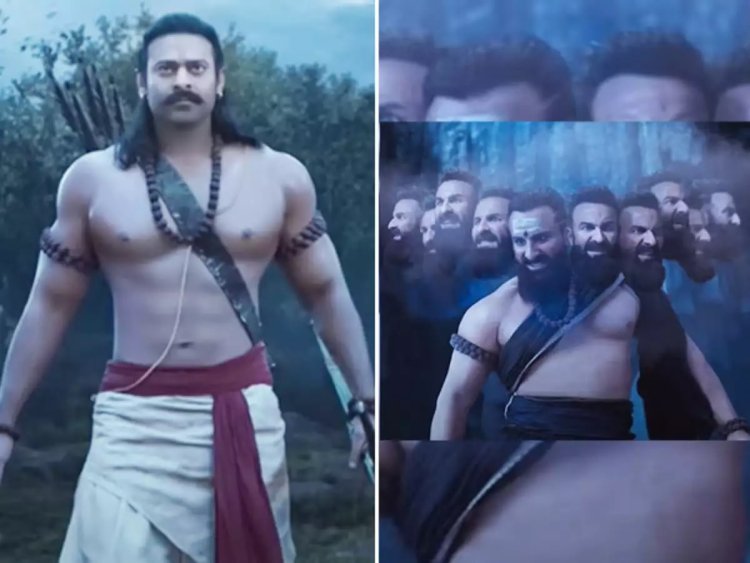 South's superstar Prabhas starrer 'Adipurush' has been in the news for quite some time. Prabhas played the role of Lord Ram in this film. The teaser of the film was released on 2 October in Ayodhya. Millions of views have come on this teaser as soon as it is released, but after that negative comments of fans started coming. People have expressed a lot of disappointment about the animation and look of the characters used in the teaser of 'Adipurush'.

The teaser is being criticized

Millions of people have watched the teaser of 'Adipurush' as ​​ as soon as it was released. There is a large section who was expecting a lot from this film but the fans did not get to see anything like what they had expected. The biggest thing is that people are Condemned by the VFX and animation of the film. Many users have written that the creator did think that he is making a big film or a cartoon film for children.

There are also a lot of comments on the casting of the film. While some people are not considering Prabhas's look perfect for Lord Ram, some people are also telling Kriti Sanon to be ostentatious in the role of Sita. The biggest issue is Lankesh in which Saif Ali Khan is there. Seeing him in this character, people are calling him 'Aurangzeb' and not Lankesh. Many people have also said that now this film should be boycotted on this basis.

Not only Saif Ali Khan's look but many people are also objecting to Kriti Sanon's look of Sita. One user wrote, 'Kriti Sanon has such a modern face, can anyone imagine her as Sita? This is absolutely wrong casting as per the characters.'

Film made in headlines

Let us tell you that since the announcement of 'Adipurush', it has remained in the headlines. The film stars Prabhas as Lord Ram, Kriti Sanon as Sita and Saif Ali Khan as Lankesh Ravana. The film is planned to release on 12 January 2023.