Sri Venkateswara Swami Vaari Temple is a Hindu temple situated in the hill town of Tirumala at Tirupati in Chittoor district of Andhra Pradesh, India. 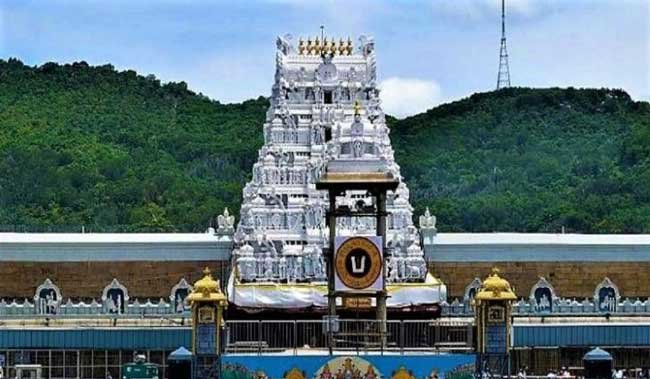 Lord Tirupati Balaji Temple is one of the most wondrous and mysterious temples in India. In the court of Lord Tirupati Balaji, both the poor and the rich bow their heads with true devotion! It is believed that this temple is one of the richest temples not only in India but in the whole world. Every year millions of people gather in this temple situated on the hills of Tirumala to seek the blessings of Lord Venkateswara.

It is believed that Lord Balaji resides in Tirumala with his wife Padmavati. There is such a belief that for devotees who pray in front of God with a sincere heart, Balaji fulfills all their wishes. In fulfillment of wishes, devotees come here according to their reverence and donate their hair to Tirupati temple, such secrets are associated with this supernatural and wondrous temple. You will also be surprised to know how to live. 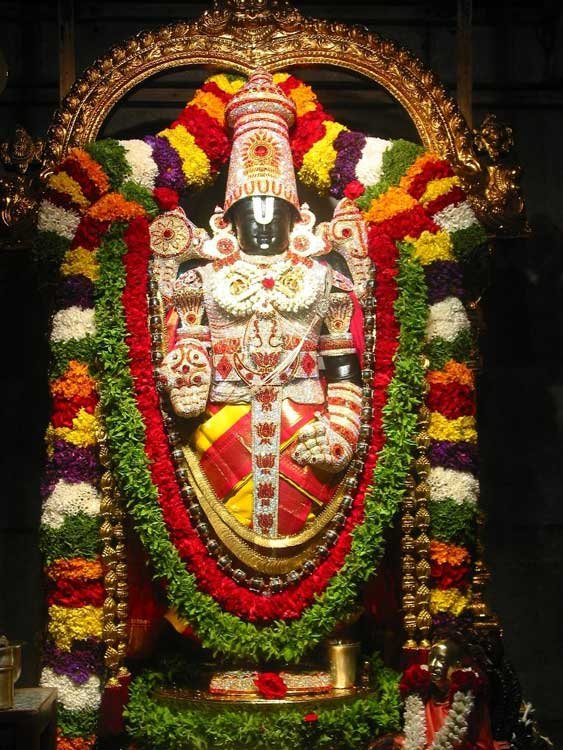 image source Wikipedia
Some secrets related to the temple:-
It is said that the hair on the idol of Lord Venkateswara in the temple is real. They never get confused and always remain soft, it is believed that this is because God Himself resides here. Another strange incident happens in the temple, but people say that God really resides here. If the ear is put on the idol of Balaji in the temple, then the sound comes from inside it, this sound is like the waves of the sea. One more thing that surprises me is that the idol of Balaji in the temple is always wet with water, like one feels at peace near the sea, the same feeling is felt in the temple. There is a stick on the left side of the door at the main entrance of the temple. It is said about this stick that Lord Balaji was beaten with this stick in his childhood, due to which his chin was hurt, due to this, since then till today, sandal paste is applied on his chin on Friday so that May their wounds be healed. 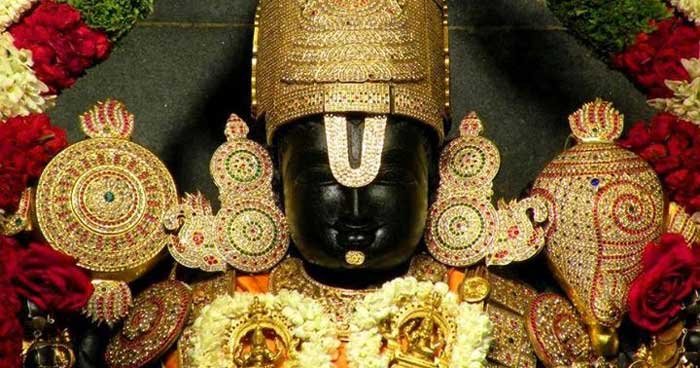 image source templeyatri01.blogspot
A lamp always burns in the temple of Lord Balaji. No oil is ever poured into this lamp, nor ghee, no one knows when and who had lit this lamp that had been burning for years. When you go to the sanctum sanctorum of Balaji and see that the idol is situated in the middle of the sanctum sanctorum, when you come out of the sanctum sanctorum, you will see that the idol is located on the right side. A special kind of Pachai Kapoor is applied to the idol of Lord Balaji. Scientific opinion is that if it is applied to any stone, it cracks after some time. But there is no effect on the idol of God. 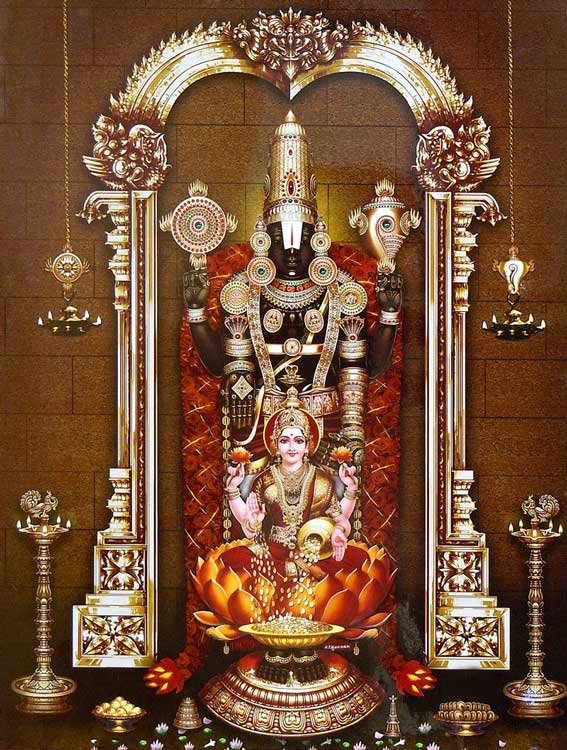 Image source Dolls of India
Mother Lakshmi is seated on the heart of Lord Balaji, the presence of the mother is known when every Thursday, after taking off the complete makeup of Balaji, bathing her and applying sandalwood paste. When the sandalwood paste is removed, the image of Goddess Lakshmi emerges in the sandalwood applied to the heart. The idol of the Lord is washed daily and decorated with a sari. It is believed that Balaji contains the form of Mother Lakshmi. ! There is a village thirty kilometers away from the temple of Lord Balaji and the entry of outsiders is prohibited here. Here people live with great rules and regulations, it is believed that fruits, flowers, curd, milk, ghee all come from here to offer to Balaji. It is made of smooth stone, but it looks completely alive. The environment of the temple here is kept quite cool, yet it is believed that Balaji feels hot, sweat drops are visible on his body and his back is also moist.