Android is an open source and Linux-based Operating System for mobile devices such as smartphones and tablet computers. Android was developed by the Open Handset Alliance, led by Google, and other companies. 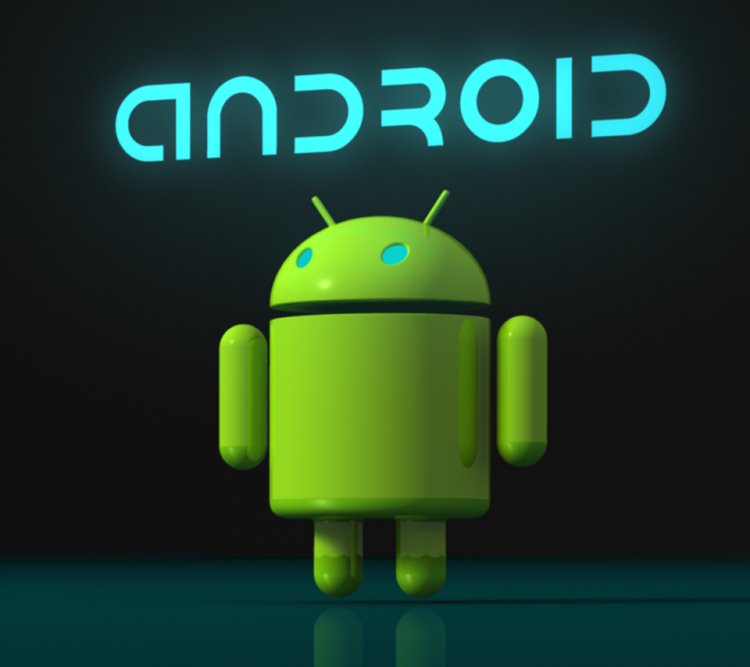 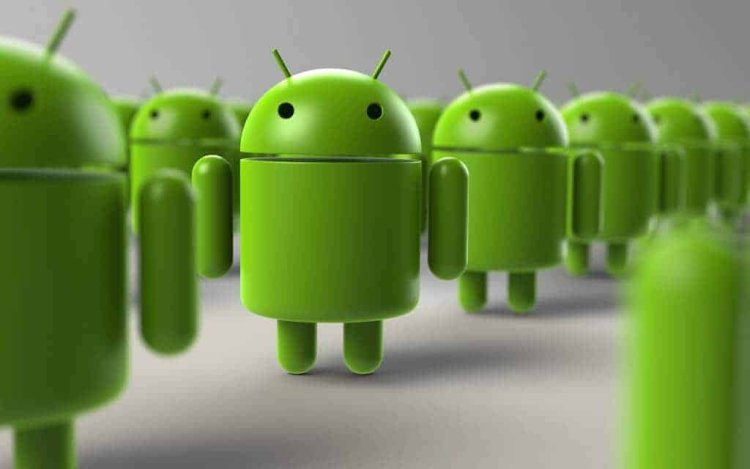 Android is a mobile operating system based on a modified version of the Linux kernel and other open source software, designed primarily for touchscreen mobile devices such as smartphones and tablets. Android is developed by a consortium of developers known as the Open Handset Alliance and commercially sponsored by Google. It was unveiled in November 2007, with the first commercial Android device, the HTC Dream, being launched in September 2008.

Most versions of Android are proprietary. The core components are taken from the Android Open Source Project (AOSP), which is free and open-source software (FOSS) primarily licensed under the Apache License. When Android is installed on devices, the ability to modify the otherwise FOSS software is usually restricted, either by not providing the corresponding source code or preventing reinstallation through technical measures, rendering the installed version proprietary. Most Android devices ship with additional proprietary software pre-installed, most notably Google Mobile Services (GMS) which includes core apps such as Google Chrome, the digital distribution platform Google Play, and the associated Google Play Services development platform.

It was founded in Palo Alto, California, in October 2003 by Andy Rubin, Rich Miner, Nick Sears, and Chris White. Rubin described the Android project as having "tremendous potential in developing smarter mobile devices that are more aware of its owner's location and preferences". The early intentions of the company were to develop an advanced operating system for digital cameras, and this was the basis of its pitch to investors in April 2004. The company then decided that the market for cameras was not large enough for its goals, and five months later it had diverted its efforts and was pitching Android as a handset operating system that would rival Symbian and Microsoft Windows Mobile.

Rubin had difficulty attracting investors early on, and Android was facing eviction from its office space. Steve Perlman, a close friend of Rubin, brought him $10,000 in cash in an envelope and shortly thereafter wired an undisclosed amount as seed funding. Perlman refused a stake in the company, and stated "I did it because I believed in the thing, and I wanted to help Andy."

Versions and It Names

On February 9, 2009, the Android 1.1 update was released, initially for the HTC Dream only. Android 1.1 was known as "Petit Four" internally, though this name was not used officially. The update resolved bugs, changed the Android API, and added several features:

On April 27, 2009, the Android 1.5 update was released, based on Linux kernel 2.6.27.] This was the first release to officially use a codename based on a dessert item ("Cupcake"), a theme used for all releases until Android Pie, with Android 10 using a number-only system. The update included several new features and UI amendments:

On October 27, 2009, the Android 2.0 SDK was released, based on Linux kernel 2.6.29 and codenamed Eclair. Changes include the ones listed below.

On February 22, 2011, the Android 3.0 (Honeycomb) SDK – the first tablet-only Android update – was released, based on Linux kernel 2.6.36. The first device featuring this version, the Motorola Xoom tablet, was released on February 24, 2011. The update's features   include:

The SDK for Android 4.0.1 (Ice Cream Sandwich), based on Linux kernel 3.0.1, was publicly released on October 19, 2011. Google's Gabe Cohen stated that Android 4.0 was "theoretically compatible" with any Android 2.3.x device in production at that time. The source code for Android 4.0 became available on November 14, 2011. Ice Cream Sandwich was the last version to officially support Adobe Systems' Flash player. The update introduced numerous new features:

Google announced Android 4.1 (Jelly Bean) at the Google I/O conference on June 27, 2012. Based on Linux kernel 3.0.31, Jelly Bean was an incremental update with the primary aim of improving the functionality and performance of the user interface. The performance improvement involved "Project Butter", which uses touch anticipation, triple buffering, extended vsync timing, and a fixed frame rate of 60 fps to create a fluid and "buttery-smooth" UI. Android 4.1 Jelly Bean was released to the Android Open Source Project on July 9, 2012, and the Nexus 7 tablet, the first device to run Jelly Bean, was released on July 13, 2012.

Google announced Android 4.4 KitKat on September 3, 2013. Although initially under the "Key Lime Pie" ("KLP") codename, the name was changed because "very few people know the taste of a key lime pie." Some technology bloggers also expected the "Key Lime Pie" release to be Android 5. KitKat debuted on Google's Nexus 5 on October 31, 2013, and was optimized to run on a greater range of devices than earlier Android versions, having 512 MB of RAM as a recommended minimum; those improvements were known as "Project Svelte" internally at Google. The required minimum amount of RAM available to Android is 340 MB, and all devices with less than 512 MB of RAM must report themselves as "low RAM" devices.

Android 5.0 "Lollipop" was unveiled under the codename "Android L" on June 25, 2014, during Google I/O. It became available as an official over-the-air(OTA) update on November 12, 2014, for select devices that run distributions of Android serviced by Google, includingNexusandGoogle Play edition devices. Its source code was made available on November 3, 2014.

Lollipop features a redesigned user interface built around a responsive design language referred to as "material design". Other changes include improvements to the notifications, which can be accessed from the lock screen and displayed within applications as top-of-the-screen banners. Furthermore, Google made internal changes to the platform, with the Android Runtime (ART) officially replacing Dalvik for improved application performance, and with changes intended to improve and optimize battery usage, known internally as Project Volta

Android 6.0 "Marshmallow" was unveiled under the codename "Android M" during Google I/O on May 28, 2015, for the Nexus 5 and Nexus 6 phones, Nexus 9 tablet, and Nexus Player set-top box, under the build number MPZ44Q. The third developer preview (MPA44G) was released on August 17, 2015, for the Nexus 5, Nexus 6, Nexus 9, and Nexus Player devices, and was updated to MPA44I that bringing fixes related to Android for Work profiles.

Android "Nougat" (codenamed N in-development) is the seventh major release of the Android operating system. It was first released as a developer preview on March 9, 2016, with factory images for supported Nexus devices, as well as with the new "Android Beta Program" which allows supported devices to be upgraded directly to the Android Nougat beta via an over-the-air update. The final release was on August 22, 2016. The final preview build was released on July 18, 2016, with the build number NPD90G.

Android Oreo is the eighth major release of the Android operating system. It was first released as a developer preview, codenamed Android O, on March 21, 2017, with factory images for supported Nexus and Pixel devices. The final developer preview was released on July 24, 2017, with the stable version released in August 2017.

Android 10 is the tenth major version of the Android operating system. The stable version of Android 10 was released on September 3, 2019.

Android 11 is the eleventh major version of the Android operating system. It was first announced by Google on February 19, 2020, and the first developer preview was released on the same day.

Android 12 is the twelfth major version of the Android operating system. It was first announced by Google on February 18, 2021, and the first developer preview was released on the same day.

Android 12 is out on most of the world’s best smartphones, but we’re already looking ahead to Android 13. The next big iteration of Google’s mobile operating system has already seen two developer previews and four major beta releases. What’s more, it looks like we might see a stable launch much earlier this year as compared to the last.

Below, we look at what you can expect from the forthcoming major Android version release.

Before Android 10, Google named its OS versions after sweet treats. Although it has switched to a number publically, it often still refers to versions as confections internally. Thanks to the first developer preview, we know the codename for Android 13 is “Tiramisu.” This is the first time in a long while we’ve seen Google be so upfront with the codename.

As for Android 13’s release date, So far, Google has launched two developer previews and eight betas for Android 13, with the eighth beta landing on July 13. These have been early versions of the operating system. However, the latest beta is a release candidate, which means it is very nearly complete. Judging from that schedule, we expect a stable launch sometime in August 2022. Android 13 is currently on its fourth beta release.

Android 12 brought one of the operating system’s most significant UI revamps in years with Material You. The new interface enables more personable customization options, from wallpaper-based color palette controls to more intuitive animations. Android 13 does not appear to change things as radically, but Google is still going to bring new features and design tweaks.