Anushka gives competition to cricket superstar Virat Kohli in terms of earning, know how much is the daily income

Virat Kohli earns more than 6 lakh rupees every day, the same Anushka Sharma is not behind in adding money, know in today's article how much is the annual income of both..... 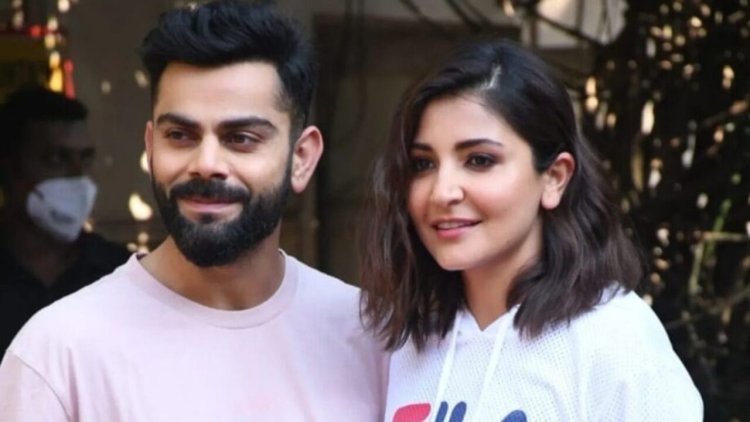 The pairing of Bollywood actress Anushka Sharma and cricket superstar Virat Kohli is making a splash on social media these days. Recently, in a case, a comparison between the two husband and wife has gained momentum and that is the earnings of both. Both Virat Kohli and Anushka Sharma are among the richest celebrities in the country. But in terms of earning, Anushka Sharma is behind her husband, Virat Kohli.

Last year, Virat came at number one in the 2019 Forbes Celebrity List, while Anushka was at number 21. Looking at the figures, Virat Kohli earned Rs 252.72 crore in the last year 2019 and has a total of Rs 900 crore, while Anushka earned Rs 28.67 crore in the year 2019. He has assets worth Rs 350 crore. Talking about the total assets of both, the total assets of Kohli and Anushka are more than Rs 1,200 crore.

Virat Kohli is counted among the most brilliant batsmen in the world and even as the captain of the Indian cricket team, he has made many records and has made worldwide recognition. . One, Virat Kohli is included in the Grade A contract of the Indian cricket team. From this they earn crores, while every year they also earn huge amounts through IPL. He gets Rs 7 crore annually through BCCI's A+ contract. However, if we talk about the fees per match, they are given match fees according to the format of the game.