Bhopal is a city in the central Indian state of Madhya Pradesh. It's one of India’s greenest cities. There are two main lakes, the Upper Lake and the Lower Lake. On the banks of the Upper Lake is Van Vihar National Park, home to tigers, lions, and leopards. 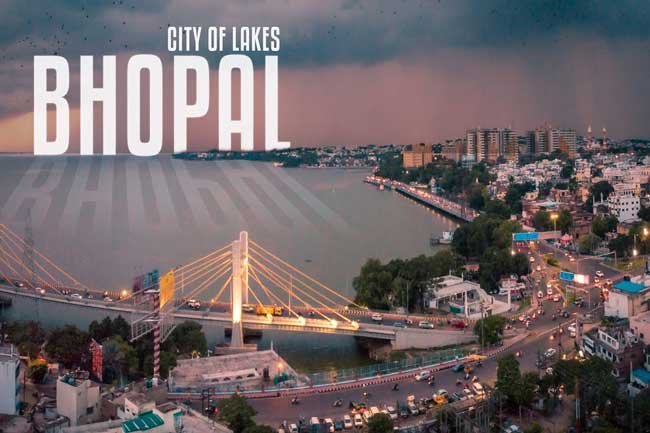 History Of Bhopal :
Bhopal is the capital city of the Indian state of Madhya Pradesh and the administrative headquarters of both Bhopal district and Bhopal division. It is known as the City of Lakes for its various natural and artificial lakes and for being one of the greenest cities in India. It is the 16th largest city in India and 131st in the world. After the formation of Madhya Pradesh, the state capital Bhopal was a part of the Sehore district. It was bifurcated in 1972 and a new district Bhopal was formed. Flourishing around 1707, the city was the capital of the former Bhopal State, a princely state of the British ruled by the Nawabs of Bhopal. Numerous heritage structures from this period include the Taj-ul-Masajid and Taj Mahal Palace. In 1984, the city was struck by the Bhopal disaster, one of the worst industrial disasters in history

Places To Visit In Your Bhopal Trip :
1) Upper Lake 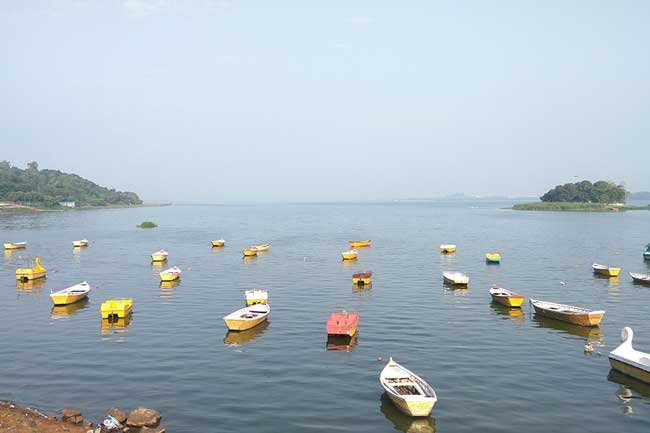 image source fabhotels
The capital city of Madhya Pradesh holds a significant number of lakes hence widely known as Bhopal the city of lakes. Upper Lake is the most significant lake of Bhopal commonly known as the Bhopal. It’s the oldest human-made lake in the country that lies on the west of Bhopal. The locals also call it Bada Talab. Serving around 30 million gallons of water the lake is a primary source of potable water to the residents of the city. This beautiful vast water body was named after King Bhoj who built the lake across Kolans River in the 11th-century. According to folklore, the king constructed this humongous lake to cure himself of his skin disease. The pillar on one corner of the lake holds the statue of Raja Bhoj. The Upper Lake is separated from the lower lake by an overbridge called Pul Pukhta.
Since agriculture is the main source of livelihood for the people of Bhopal, the lake is the primary source of water for irrigation. 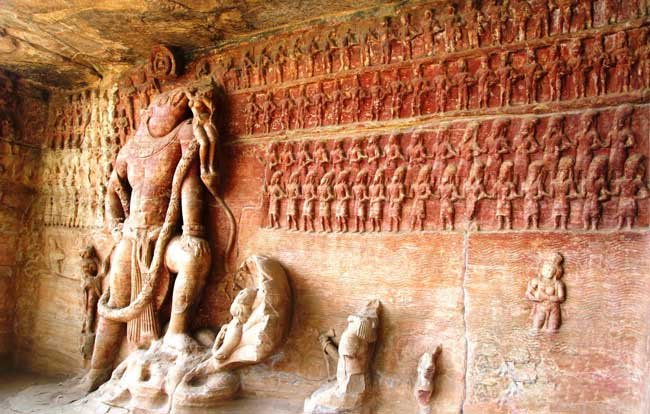 Udayagiri Caves is a group of 20 Gupta-era temples and monasteries carved out of a rocky hill, out of which one is dedicated to Jainism and the rest to Hinduism. Brahmi inscriptions on the caves indicate that the site was excavated during the rule of Gupta King, Chandragupta II (AD 376-413). Cave 5, also known as the Varaha Cave, depicts Vishnu in a massive carving as Varaha (boar) incarnation and rescuing goddess Earth (Bhudevi, Prithivi) from the depths of the cosmic ocean. Varaha, as embedded in Hindu text, is a symbol of right versus wrong and good versus evil. 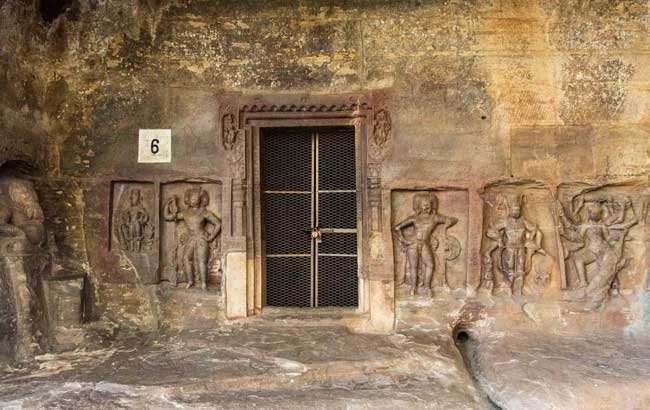 The doorway of Cave 6 has ornately carved figures of Ganesha, Vishnu, and Shiva Gangadhara on the left and Brahma, Vishnu, and Shakti Durga as Mahishasura Mardini on the right. While, Cave 13 has an Anantasayana panel featuring a 12-ft long, remarkable rock-cut sculpture of a reclining Vishnu. Situated in Sonpura and Udayagiri villages of Vidisha district, these caves are the finest example of classical Gupta art. You can go to the top of the hill for a 360-degree view of the forested hills and valleys around Udayagiri. In addition to these, Udayagiri has a series of rock shelters and petroglyphs, buildings, inscriptions, water systems, fortifications, and habitation mounds, all of which remain a subject of continuing archaeological studies. 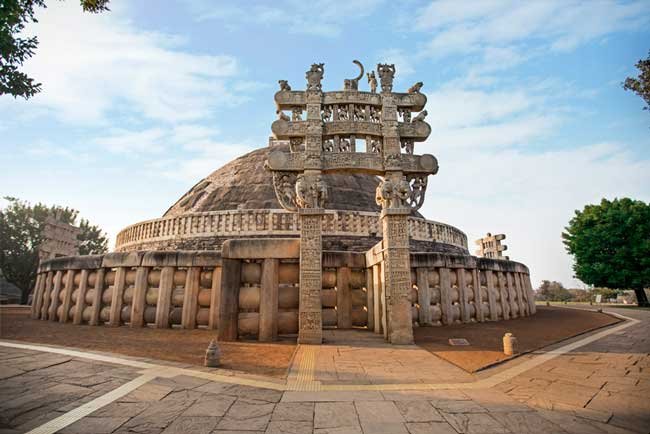 One of the most unbeatable places to visit in Bhopal, and possibly in entire India, the magnificence of the Sanchi Stupa remains unmatched to date. Believed to have originated in the 3rd century BCE, the building was built in the reign of the great emperor Ashoka of the Maurya Dynasty and is one of the most remarkable Buddhist monuments in the country. The Mauryan king undertook the task of redistributing the mortal remains of Lord Buddha all across the face of the country in order to spread the reach of Buddhism. The gigantic dome of the Stupa contains a central vault where the relics of Lord Buddha have been placed. 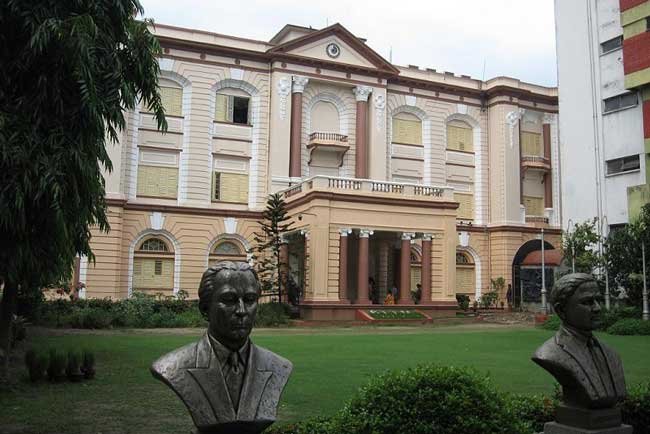 This museum is part of the Birla Mandir complex which holds a Lakshmi Narayan Temple and a shrine to Shiva-Parvati. This is one of about 14 temples built by the Birla families at different places and was built to fill a void as Bhopal did not have many temples. Like most of the other modern temples built by the Birlas, the Birla Mandir is magnificently constructed and brightly painted. The temple complex is worth visiting for its location at Arera Hills offering a panoramic view of the Lower Lake. From here you can see Bhopal stretching from minarets of the old city to the modern areas around the lakes. The Birla Museum houses a small but selective display of fine stone sculpture, informatively displayed with explanatory panels in English in the main galleries, most of the seventh to 12th-century statues. 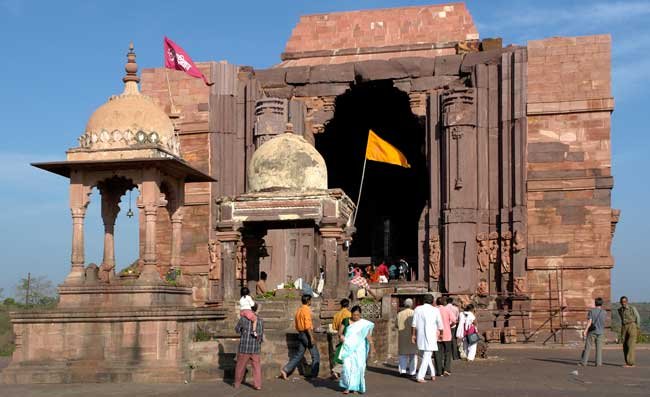 image source Wikipedia
Another stunning heritage built by Raja Bhoj in the 11th century, the Bhojpur Temple is a religious tribute to the Hindu God Shiva, nestled in the rustic village of Bhojpur in Madhya Pradesh. The construction of the temple is incomplete, and the reasons for the abandonment of construction aren’t clear yet. Harboring a 7.5 feet high lingam (idol of Lord Shiva), the temple tempts a herd of tourists and pilgrims into its glorious sanctum every year. The majestic remains of the ancient Shiva temple and the cyclopean dam make this an important archaeological site, and a real treat for history buffs and patrons of religion. One can also find the complete architectural plans of the temple, inscribed on the surrounding rocks. 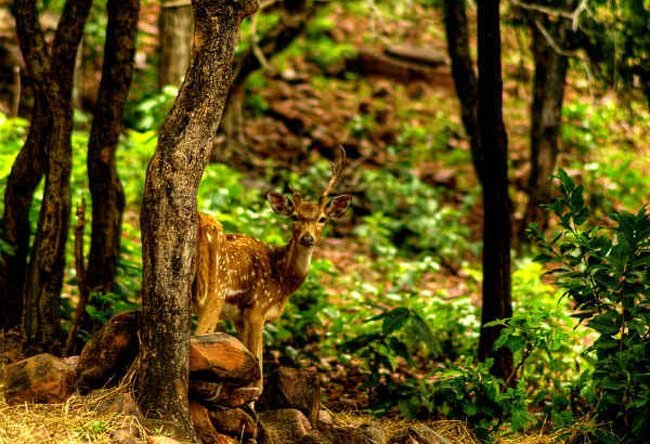 image source NativePlanet
Sitting in close proximity to Upper Lake, the Van Vihar National Park is one of the unmissable tourist places in Bhopal. Serving as the lungs of the city, the park is under strict observation and protection. It is also home to a wide array of wildlife like Blackbuck, Cheetal, Sambar, Blue Bull, Porcupine, Wild Boar, and Hyena, besides exotic floral species. Also ideal for short day treks, the place is apt for adventurers and nature lovers alike. Vast expanses of dense greenery and the quiet beauty of the place render it mandatory for tourists to visit it. 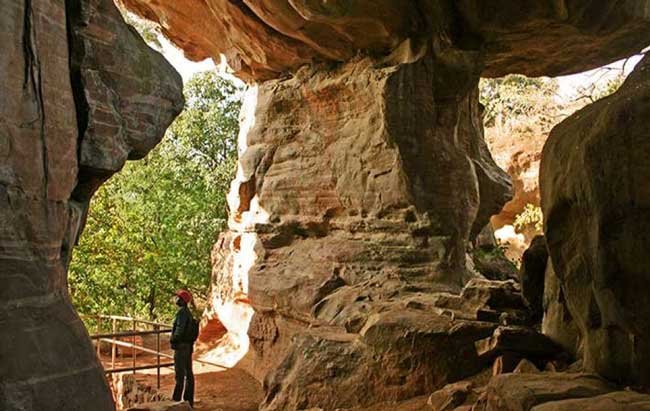 image source bhopal.nic
Situated at around 45 km south of Bhopal, the monumental Bhimbetka Caves have been declared a UNESCO World Heritage Site. It is believed that the caves date as back as over 30,000 years! They are home to magnificent rock shelters, along with some of the most exquisite prehistoric cave paintings in Asia. The place exudes strong aesthetic vibes, owing to the beautifully sculpted rock formations within the caves, which are fenced by dense, verdant vegetation and woods. One of the most exotic places to visit in Bhopal, the Bhimbetka Caves are truly one of their kind, which by themselves constitute a timeless piece of art.