Bhool Bhulaiyaa 2 on OTT: Release date, where to watch, star cast and plot 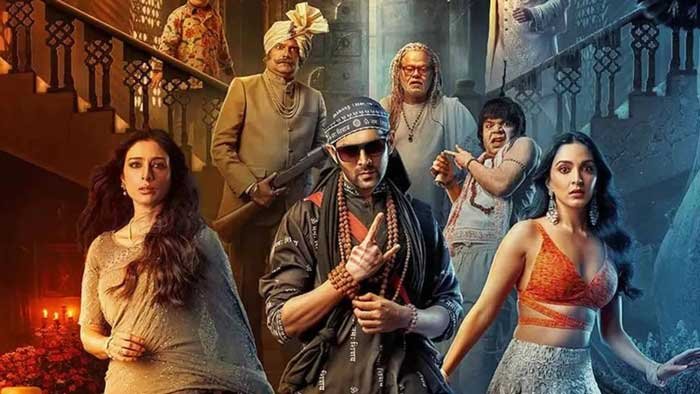 Bhool Bhulaiyaa 2 is directed by Anees Bazmee, who made his debut with the Hulchul movie in 1995. It is a standalone sequel to Bhool Bhulaiyaa, about a fraudulent psychic who deals with the return of Manjulika, an evil-minded spirit determined to take revenge against the Thakur family. The film was released on May 20, 2022, in theatres and is making its OTT release on Netflix. T-series films and Cine 1 studios are the companies behind it and it's a sequel to Priyadarshan's hit 2007 film Bhool Bhulaiyaa.

BHOOL BHULAIYAA 2 ON OTT: RELEASE DATE
Masoom will be released on Netflix on June 19, 2022.

BHOOL BHULAIYAA 2 ON OTT: PLOT
The story is a horror-comedy flick that borrows a similar pattern from Bhool Bhulaiyaa(2007). Karthik Aaryan, who plays the character called Ruhan, claims that he can see dead people and falls in love with Reet Thakur, i.e. Kiara Advani. Ruhan, Reet and Kanika Sharma(Tabu) get trapped in a haunted haveli where Ruhan determines to search for Manjulika in any situation. So, this movie revolves around humour mixed with horror scenes and the horror is mostly loaded with jokes.