Colours of Holi Through the Ages

In his poem and his play, Kumarasambhava, and Malvikagnimitram, dated to the 4th and 5th centuries CE, he mentions the celebration of the festival of Holi. 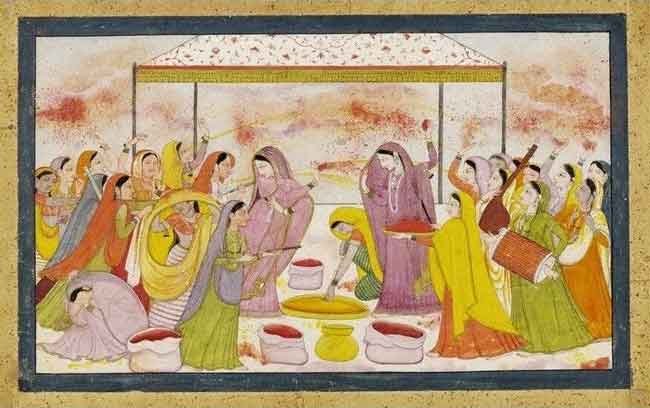 It’s marked by a riot of color and wild revelry but did you know that, as far as festivals go, Holi has inspired the richest outpouring of art in India? While the earliest reference to Holi in literature comes from the works of poet Kalidasa, in the 4th CE, it is in the medieval courts, from Rajasthan to Vijayanagara and the Mughals, that the festival came into its own, as we know it today.

The great Sanskrit poet Kalidasa was the first to write about Holi.
In his poem and his play, Kumarasambhava, and Malvikagnimitram, dated to the 4th and 5th centuries CE, he mentions the celebration of the festival of Holi. The festival is, of course, also mentioned in religious texts like the Vishnu Purana and Mimamsa Sutra, dating back from the 2nd century BCE to the 2nd century CE.

But it is in the medieval period, starting with the 15th CE, that Holi makes it to art and sculpture. Interestingly, the first reference to someone playing Holi comes from South India, in the Vijayanagara city of Hampi. Here, you can find a sculpture panel depicting revellers celebrating with music, dance, and what looks like a primitive version of the pichkari or water gun.

While at first, it may seem surprising that there aren’t any artistic or sculptural references from earlier, it is really in the artists’ studios of the Rajput, Mughal, and then the hill states’ courts that Holi came to be celebrated in vivid colour. After all, this was a festival celebrated by Hindus and Muslims with great gusto. Let us explore the ways in which the festival has been depicted through time and place in art. 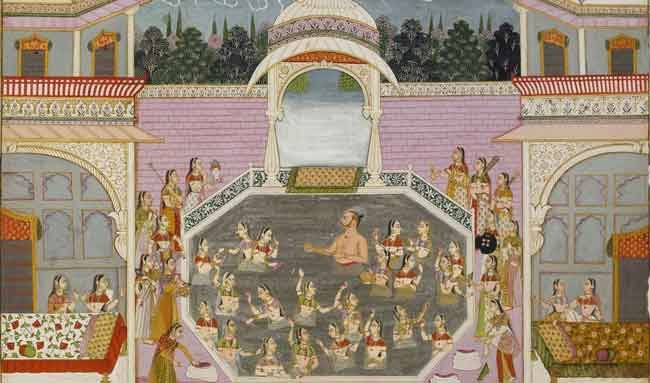 Rajput Paintings
One of the earliest miniature paintings of the festival is this one of a couple celebrating Holi in Mewar, officially dated to the 17th century but experts believe it could be older.

Holi was one of the few festivals when women could express their joy and pleasure and engage in unrestrained merriment, and this mid-17th century miniature from Bikaner is a perfect example of that. 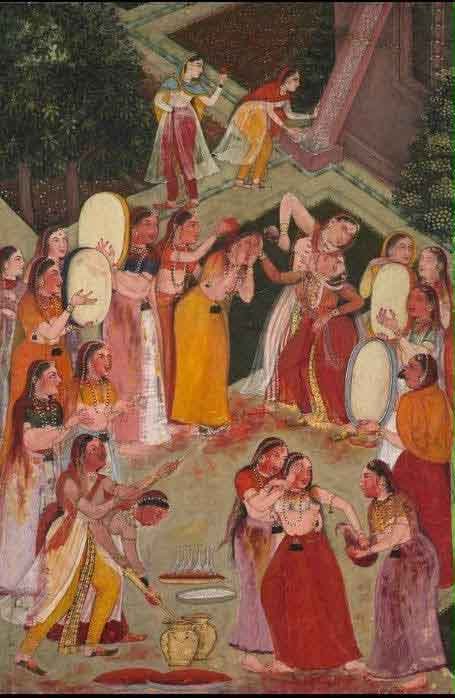 Krishna is one of the biggest muses of Indian art, so it is natural to expect the Lord of merriment to be in the thick of the Holi action. One can see him playing Holi with Radha in this 18th-century painting from Nathdwara. 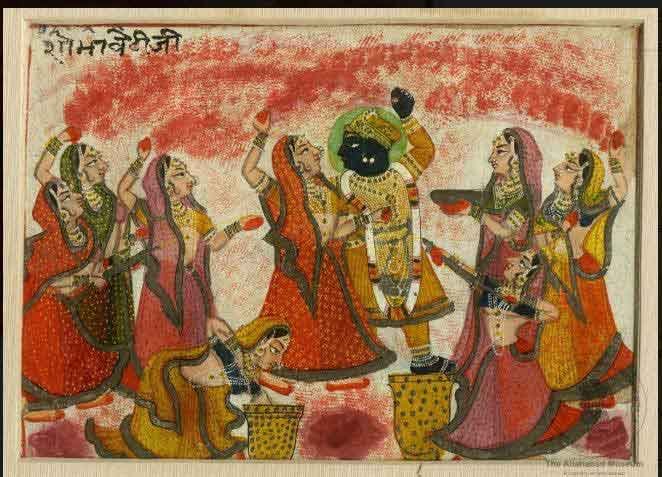