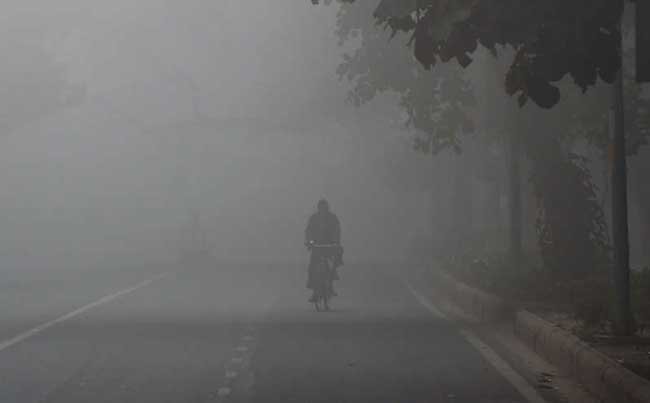 On Friday morning, Delhi’s air quality was in the “severe” category amid dense fog as the minimum temperature was expected to plunge to 6 degrees Celsius. According to the Central Pollution Control Board, the hourly Air Quality Index (AQI) was 355 at 8 am. On Thursday, the average 24-hour AQI was 321.
On Thursday, the System of Air Quality and Weather Forecasting And Research said the prevailing partially cloudy conditions with low temperature, low wind speed, and low mixing layer height were leading to the accumulation of pollutants. It added the air quality was likely to degrade to the very poor category by Thursday evening or Friday and remain the same for the next three days.

image source the wire science
Several flights are expected to be delayed due to the fog conditions in the national capital. The Delhi International Airport issued an alert asking passengers to contact the airline concerned for updated flight information. 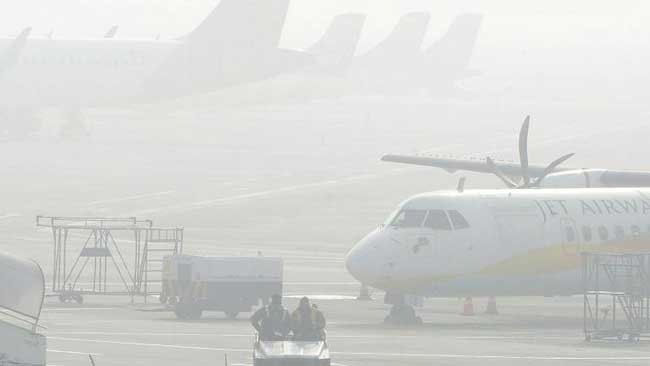 image source Indiatoday
As many as 100 flights were delayed due to the fog conditions on runways at the Delhi airport, dropping visibility to around 50-100 meters between 4.30 am and 9.30 am on Thursday. Officials, however, said that no flights were canceled or diverted.