Met department officials said that isolated spells of very light rain may occur in the second half of the day as well, with the maximum temperature expected to be around 33 degrees Celsius 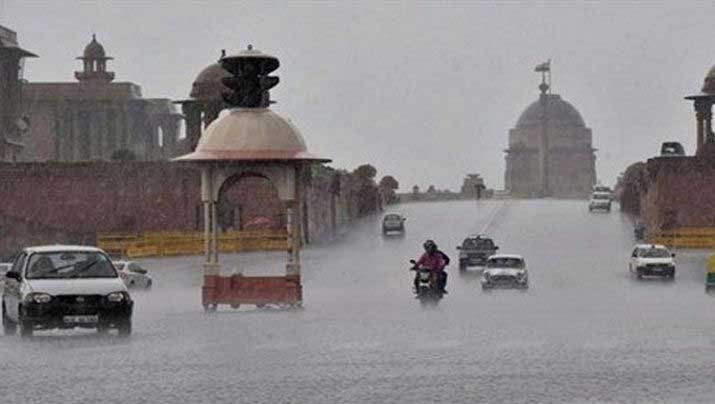 On Monday, the national capital region witnessed light-to-moderate rainfall since early morning, accompanied by strong winds of around 75 km/hr as of 7 am, causing flight disruptions and waterlogging in several parts of Delhi.

According to the India Meteorological Department (IMD), this is the first moderate-to-high intensity storm of the season, as March and April only recorded dry thunder spells. There was also a sharp drop in minimum temperature due to today's storm, with an 11-degrees Celsius drop occurring between 5:40 am (29) and 7 am (18). 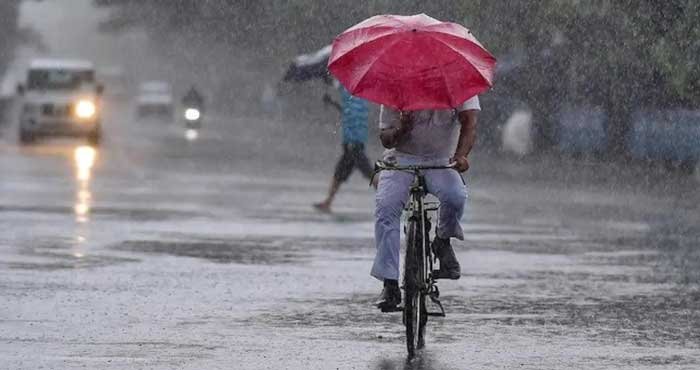 image source India.com
Delhi’s minimum temperature was recorded at 17.1 degrees Celsius on Monday morning – nine degrees below normal for this time of the year – against 23.1 degrees Celsius recorded on Sunday. “It is at 7 am too that the highest wind speed of around 75 km/hr was recorded at Delhi’s Indira Gandhi International airport. One of the key impacts of this spell was also the sharp drop in surface temperature and this spell is likely to have a cooling effect for the next few days too, keeping heatwave away until May 28 at least,” said RK Jenamani, a scientist at IM. He said that wind speeds consistently remained between 40 km/hr and 55 km/hr between 6 am and 8 am, with the maximum speed of 75 km/hr being reported at 6:56 am.

“This is the first moderate-to-high intensity storm of the season. We consider the summer season from March 1 onwards, and while the normal occurrence of thunderstorms from March till May-end is 12-14 days, this year, we have only seen 4-5 days. They too have mostly been dry thunder spells,” Jenamani added. IMD data showed that Safdarjung, the base station for Delhi’s weather records, received 12.3 mm of rainfall till 8:30 am today, while 52.2 mm of rainfall was recorded at Jayanagar. Palam received 27.6 mm of rainfall, while the Lodhi road area and the Ridge received 13.8 mm and 14.2 mm, respectively.

Delhi witnessed a dry spell in March and only 0.3 mm of rainfall in April. Till yesterday, May recorded only 3 mm of rainfall. The IMD classifies rainfall as ‘light’ when it is between 2.5 and 15.5 mm, ‘moderate’ when it is between 15.6 mm and 64.4 mm, and ‘heavy’ when it exceeds 64.5 mm in a single day. Met officials said that isolated spells of very light rain may occur in the second half of the day as well, with the maximum temperature expected to be around 33 degrees Celsius.