Amateur performers from across India present unique acts before celebrity judges and a nationwide audience in order to advance in the competition and win a huge prize. 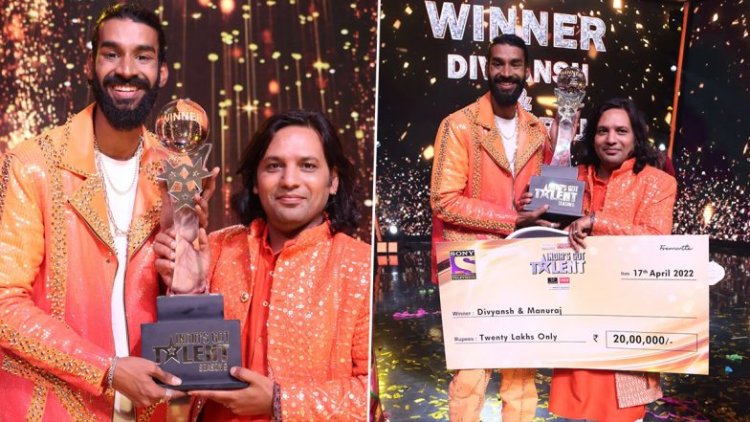 Interestingly, both Divyansh and Manuraj came for the auditions with different partners but paired up eventually. Their amazing jugalbandi on the show left audiences mesmerized throughout the season. Divyansh and Manuraj’s performances on stage also got them the maximum ‘Golden Buzzer’ from judges and celebrity guests. Their impactful performances made judges claim they are the living example of the show’s tagline – ‘Gazab Desh Ka Ajab Talent’.

“Collaborating with Divyansh came out of the blue but the play of fates was such that we have now become the winners of the show where we met. Our win is a win for all the instrumentalists in the country who are still in the background. It’s time to come forward and be recognized for your talent because the Indian music industry is ready and thriving for change. This win is an invitation to musicians to find their sound and make the best of it,” he added.

Judge Kirron Kher said that the pair was ‘outstanding’ since day one. “I am so very happy for Divyansh and Manuraj! All their efforts have come to fruition and have led to this day where they have rightly been declared the winner of this season of India’s Got Talent. They have my blessings always and I wish them all the very best in all their future endeavors.”

What are the Pros and Cons of Technology?

Major Review: Adivi Sesh as a Sandeep Unnikrishnan the hero from the 2...

What are the Causes and Prevention of Sunburn?