Diwali 2022: Do you know these interesting information related to Diwali?

Diwali 2022: When someone is asked about Diwali, it says that Lord Rama returned to Ayodhya after ending his exile on this day or knows the words about decorations, sweets, Lakshmi Puja and firecrackers. Do you know that by what other name is the small Diwali known and not only this interesting information related to Diwali is hardly known which has been given in this article today.... 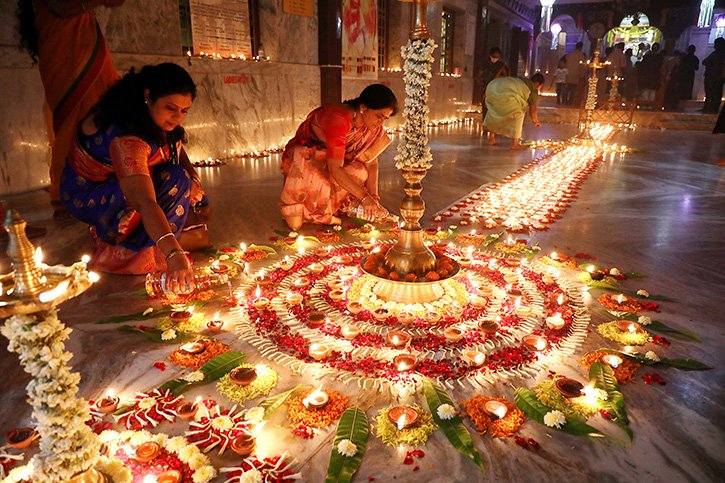 The festival of Diwali is celebrated with great enthusiasm and gaiety all over India. On this day Lord Rama returned to Ayodhya after ending his exile. Apart from this, do you know anything about Diwali?

Diwali is considered to be one of the biggest festivals of India but the truth is that we limit this festival only to decorations, sweets, Lakshmi Puja and firecrackers. Let us tell you some interesting information related to Diwali in this article.

2. Another name for Choti Diwali

There is another name for Choti Diwali which very few people know about. It is said that on this day Lord Krishna killed the demon Narakasura. Along with this, 16 thousand captive women were also freed, while some people also know Choti Diwali as Narak Chaturthi.

3. Earlier only some people used to burst crackers

Nowadays, everyone from children to elders bursts firecrackers on the festival of Diwali but it was not like this earlier. According to a media report, till years ago, firecrackers and fireworks related items were very expensive and were used only by the royals.

There are many stories related to the festival of Diwali. In Sikhism too, Diwali is celebrated with double fervor as on this day his teacher Guru Hargobind ji was released from the captivity of the Mughal ruler Jahangir in Gwalior along with several Hindu kings.

The festival of Diwali is celebrated not only in different states of India but also abroad. Apart from India, people of countries like Indonesia, Malaysia, Fiji, Canada and Mauritius also celebrate Diwali in their own style.