Does Prostitution is recognized as a ‘profession’? Top points from Supreme Court.

Recognising prostitution as “profession”, the Supreme Court held that sex workers are entitled to equal protection under the law. 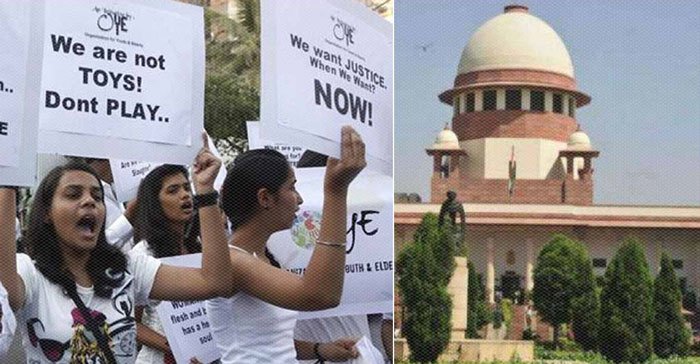 In a significant order, the Supreme Court recognized prostitution as a “profession”, adding that sex workers are entitled to dignity and equal protection under the law. The SC asked the police not to interfere or take criminal action against consenting sex workers. The Supreme Court was hearing a plea highlighting the destitution faced by sex workers on account of the Covid-19 pandemic and sought relief measures for over nine lakh women and transgender sex workers across India.

The Supreme Court in its order stated “voluntary sec work is not illegal”. A three-judge bench headed by Justice L Nageswara Rao also issued directions for safeguarding the rights and dignity of sex workers.

Few points Supreme Court said on the issue:
1) Sex workers are entitled to equal protection of the law. Criminal law must apply equally in all cases, based on age and consent.
2) When a sex worker makes a complaint of criminal, sexual, or any other type of offense, the police must take it seriously and act by law.
3) Whenever there is a raid on any brothel since voluntary sex work is not illegal and only running the brothel is unlawful, the sex workers concerned should not be arrested or penalized, harassed, or victimized.
4) Governments must involve the sex workers and/or their representatives in all decision-making processes, including planning, designing, and implementing any policy or program for the sex workers or formulating any reform in the laws relating to sex work.
5) No child of a sex worker should be separated from the mother merely on the ground that she is in the sex trade.
6) The Court directed that the media should not publish their pictures or reveal their identity while reporting rescue operations and stated that the offense of voyeurism under Section 354C of the Indian Penal Code should be enforced if media publishes the pictures of sex workers with their clients.
7) Any sex worker who is a victim of sexual assault should be provided with all facilities available to a survivor of sexual assault, including immediate medical assistance
8) Police should treat all sex workers with dignity and should not abuse them, both verbally and physically, subject them to violence, or coerce them into any sexual activity.
9) Measures that sex workers employ for their health and safety (e.g., use of condoms, etc.)must neither be construed as offenses nor seen as evidence of the commission of an offense.
10) The government should carry out workshops for educating sex workers about their rights vis-a-vis the legality of sex work, the rights, and obligations of the police, and what is permitted or prohibited under the law.