In good days of solvency, the chief of the family took his meal on a plate of gold. But the plate became dirty being unused for many days.

In the ancient time during the reign of Brahmadatta, there was a town Andhapura by name. There lived two hawkers. One was Serbian and Serbia the other. They decided on which way they were to hawk. If one of them went to hawk on a way the other could go by that way thereafter. At that time there was a wealthy family at Andhapur. later on, that family lost all their wealth. As a result, they become poor.

Only two of the family members were alive. One of them was a girl and an old grandmother the other. They lived a very poor life. In good days of solvency, the chief of the family took his meal on a plate of gold. But the plate became dirty being unused for many days. It seemed to be not a plate of gold. The hawker Serbia was greedy and sly as well. One day he was passing by the house of that wealthy merchant family. ‘Buy a jar’-he shouted. On hearing the shouting the girl said, ‘Grandmother, please buy me a jar.’
The grandmother said, ‘Oh my darling, we are poor, where shall we get money from?’ 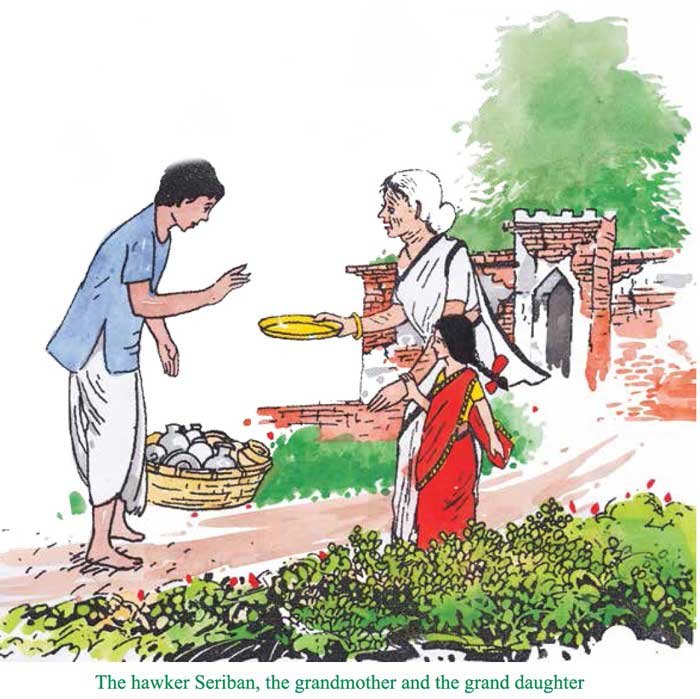 image source story-terra
The girl gave the golden plate to her. She said, ‘This plate is of no use for us’. The grandmother called on the hawker Serbia. She asked him to sit on and gave him the plate. She said, ‘Give something to my granddaughter instead of it. ‘The hawker Serbia overturned the plate one and two times. On observation, he could realize that the plate was made of gold. An evil thought grew in his mind. He thought about how to take the plate deceiving the two. He said, ‘Not a quarter of pice is given instead of it.’

Serbia put the plate into the ground with negligence and went away. Within a short time, the hawker Serbian came by that way. ‘Buy a jar, buy a jar, saying so he appeared before that house. The grandmother said, ‘The plate is valueless, the hawker will pay nothing.’

The girl said, ‘Oh my grandmother, the former hawker was not a good man. This man seems to be good. He may give something taking the plate.’ The grandmother asked Serbian and gave the plate to him. As soon as Serbian saw the plate he released that the plate was made of gold. Serbian said, "oh my dear mother, its price is a hundred thousand rupees, I have no such a big amount in my hand." The grandmother said, 'just now a hawker came. He told that its price is less than one-fourth of the price. You are an honest man. I must give the plate to you. Please give what you have for the time being instead of it.’ 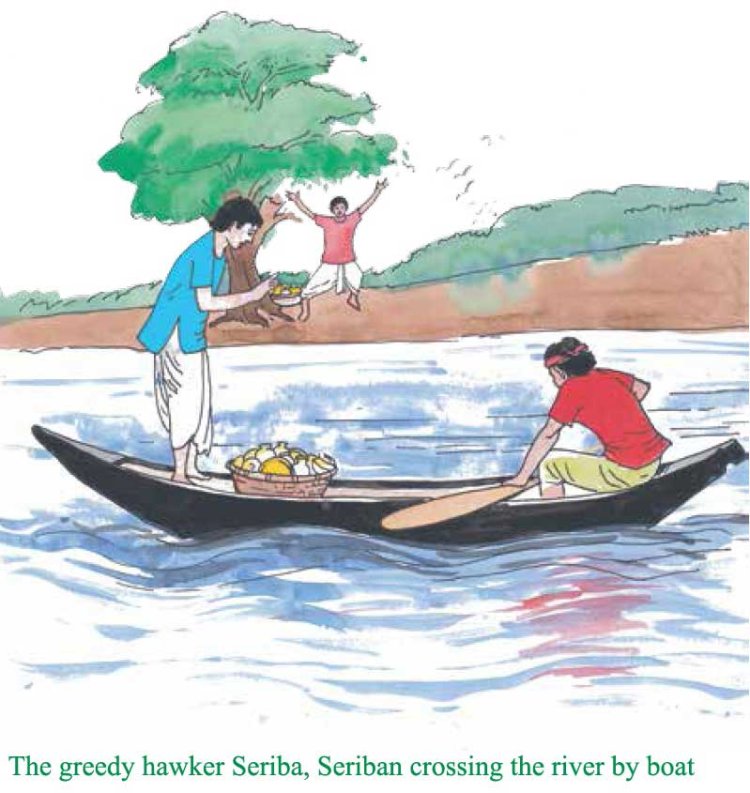 imagesource story terra
Serbian had rupees five hundred in his hand and some commodities. He kept eight rupees for himself and a balance with weight. The rest amount of the money and the commodities he gave to the grandmother and granddaughter.

Then he reached the bank of the river. There was a boat on the bank of the river. Serbian said to the boatman, ‘Please take me across the river quickly.’ In the meantime, the greedy hawker Serbia came back once again. He said to the old woman. ‘I considered, I shall give you some money. Bring me the plate. ‘What kind of man are you my child? Did you not say that the price of the plate was not even a price? Just a few moments before another hawker gave us much money with commodities. I gave the plate to him in return. The man was very honest. He cheated nobody.’

Greedy Serbia went to the bank of the river running. The honest Serbian then crossed the river and reached the other bank. Wicked Serbia looked at the other bank with great lamentation. He lost his sense and died there with grief and repentance. The honest hawker Serbian got a lot of money by selling the plate of gold. He earned a lot of virtue with pious deeds and help with that money. He became happy in life.