'I said yes', is Malaika Arora's answer hidden in this caption, going to marry Arjun Kapoor?

Malaika Arora has shared the post, after that the fans are asking questions about Malaika and Arjun's marriage, let's know the whole matter...... 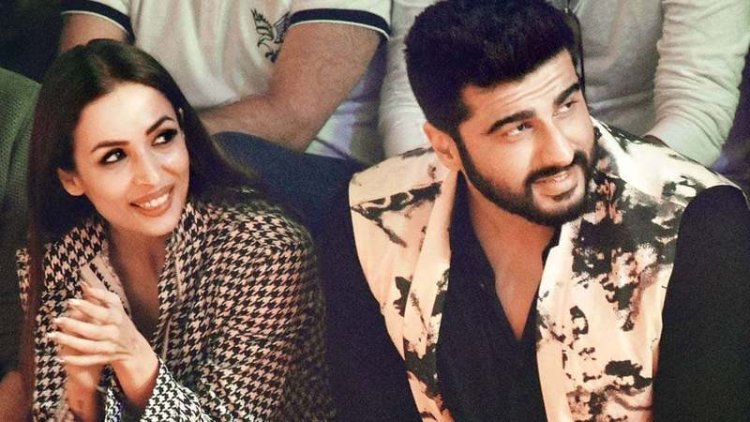 Everyone is crazy about Malaika Arora's figure, everyone wants to have a figure like her. These days he is in a lot of headlines for a post on his Instagram, in fact, after the post he has shared, the fans are asking questions about Malaika and Arjun's marriage, let's know the whole matter.

Is Malaika getting married?

Malaika Arora shared a cute picture of herself blushing. In the photo, Malaika is seen in a black tank top. He wrote in the caption – I said yes.

This post of Malaika is becoming increasingly viral on social media. After the post surfaced, fans are asking Malaika whether she has said yes to marriage? Many users are giving shocking reactions to Malaika's post. At the same time, many fans have also started congratulating him in advance.

Now Malaika Arora is going to be the bride of Arjun Kapoor or not, only she can tell. But this post of his has definitely increased the heartbeat of the fans. Fans have started dreaming of the grand wedding of Malaika and Arjun Kapoor. The happiness of the fans had just started, but in the meantime, there have been reports quoting sources that Malaika is not getting married, but it is a promotional post.

Malaika Arora is dating Arjun Kapoor for a long time. The romantic life of both remains in the discussion. Arjun and Malaika leave no chance to shower love on each other. From vacations to B-town parties, they were holding each other's hands. Malaika and Arjun's sizzling chemistry gives fans couple goals.

Ever since both of them have made their love official, fans are eagerly waiting for their wedding. There is no information about when Malaika and Arjun will give a new name to their relationship after marriage. All we can say is that Malaika and Arjun should always be happy with each other and love and romance will always remain between the two.