Rakhi Sawant is an Indian dancer, model, actress and television talk show host, who has appeared in many Hindi and a few Kannada, Marathi, Odia, Telugu and Tamil films and was a contestant on the first season of the Indian reality television series Bigg Boss. 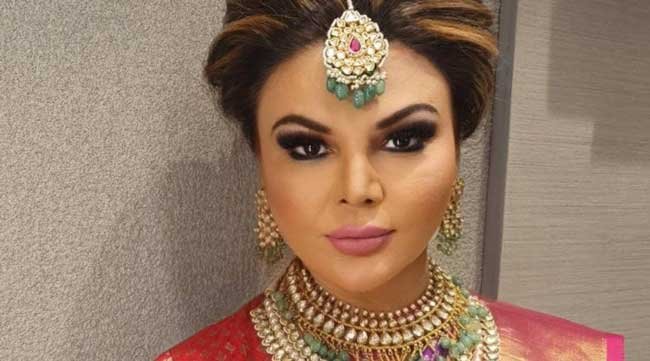 Rakhi Sawant may seem like she holds a devil-may-care attitude, but within, she’s as sensitive as any of us. In a candid conversation with ETimes, she reveals that she desperately wanted to win Bigg Boss this season and she gave it her best shot. Not just that, she also addresses the rumors, controversies, and gossip surrounding her marriage to Ritesh and the allegations that his ex-wife has leveled against him.

Shamita Shetty?
I really don’t know but I would have been happy if any of the four would’ve won the trophy.
But you should know how I feel. I wanted to win the game this time. I presented myself in so many different avatars and I entertained the audience. Why don’t you people think about me? Why are we talking only about the top four? When will I win the game… maine kisika kya bigada hai?
I have just come from Shamita Shetty’s birthday party and it was such a fabulous celebration. I don’t drink but I am feeling high. I hope my soft drink was not spiked. (Laughs)

When are you going to officially celebrate your wedding with Ritesh?
There are still some cracks, so it is going to take time.
Your husband Ritesh’s ex-wife Snigdha Priya has made so many allegations. What’s your reaction?
I really don’t want to talk about her at all. I am really happy with Ritesh. I know all the allegations leveled against my husband are wrong. He is not like what they are making him out to be. I have been with him for a while now and I know him well.
He came from Belgium and then entered the Bigg Boss house. He has given me so much love and affection. I am telling you the truth.

You two had some tiffs inside the Bigg Boss house…
Every couple has small fights and tiffs, it is not a big deal and people did get to see that while we were in the Bigg Boss house. That does not mean that he is a bad man. I am very comfortable with him.

What about making your marriage with Ritesh official?
Officially, we will not get married now. Ritesh is handling all the court matters and he had just come to meet me, besides, I want to focus on my career and I don’t want to get married now. We are trying to understand and know each other better. Whatever others may say, for me Ritesh is very good husband material. I don’t want to know what Snigdha Priya has said, I don’t want to listen to it. I only know that Ritesh is very good to me and he will prove to be a good husband and I know both of us will prove to be a good couple. With blessings we will have children too. Also, I would just like to say that a woman should not keep running to her mother’s place for little-little things.