India on Saturday abstained on a US-backed United Nations Security Council resolution that deplored Russia’s “aggression” against Ukraine, even as it pushed for a return to the path of diplomacy and respect for the sovereignty and territorial integrity of states. 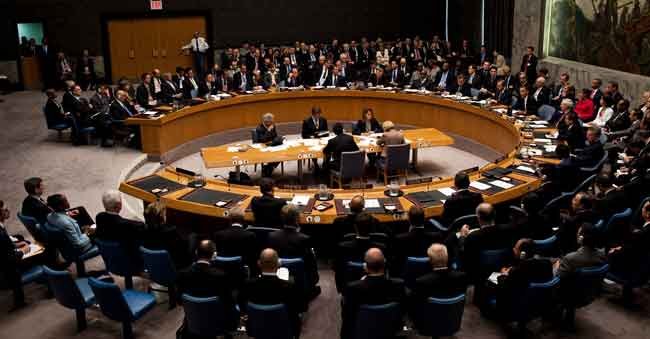 India on Saturday abstained on a US-backed United Nations Security Council resolution that deplored Russia’s “aggression” against Ukraine, even as it pushed for a return to the path of diplomacy and respect for the sovereignty and territorial integrity of states.

Russia, which holds the rotating presidency of the Security Council for February, blocked the resolution by using its veto power as a permanent member of the body. It had been widely anticipated that the resolution would fail because of Russia’s “no” vote.

China and the United Arab Emirates (UAE) also abstained, while 11 of the council’s 15 members – including the US, the UK and France – voted in favour of the text, which would have demanded that Russia immediately stop its aggression against Ukraine and withdraw all troops. Russia’s veto was described by several council members as deplorable but inevitable.

Explaining New Delhi’s vote at the Security Council session that began at 3.30 am IST, TS Tirumurti, the permanent representative to the UN, said India had chosen to abstain because the path of diplomacy was given up and all UN member states should honour principles such as respect for sovereignty and territorial integrity of countries.

Tirumurti reiterated India’s deep concern for the safety and security of its nationals stranded in Ukraine, including a large number of students. Officials have said nearly 16,000 Indian nationals were still in Ukraine, while close to 500 were evacuated via land routes on Friday. “India is deeply disturbed by the recent turn of developments in Ukraine,” Tirumurti said. “We urge that all efforts are made for the immediate cessation of violence and hostilities. No solution can ever be arrived at, at the cost of human lives,” he added.

The contemporary global order, Tirumurti noted, was built on the UN Charter, international law and respect for the sovereignty and territorial integrity of states. “All member states need to honour these principles in finding a constructive way forward,” he said. “Dialogue is the only answer to settling differences and disputes, however daunting that may appear at this moment. It is a matter of regret that the path of diplomacy was given up. We must return to it,” he added.

People familiar with the matter said India’s call at the Security Council for an immediate end to violence and hostilities was a reiteration of the message conveyed by Prime Minister Narendra Modi to President Vladimir Putin during their phone conversation on Thursday.