Indian Navy: Two new MH-60R choppers arrive in India from the US Now have five of them.

The Sikorsky SH-60/MH-60 Seahawk is a twin turboshaft engine, multi-mission United States Navy helicopter based on the United States Army UH-60 Black Hawk and a member of the Sikorsky S-70 family. The most significant modifications are the folding main rotor and a hinged tail to reduce its footprint aboard ships. 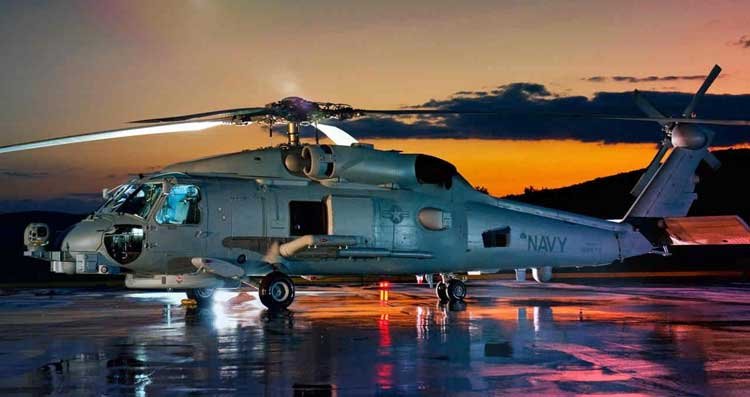 The Indian Navy on Thursday took the delivery of two MH-60R multi-role helicopters at Kochi as part of a 24-chopper deal signed with the United States to modernize India’s aging naval helicopter fleet, officials familiar with the matter said. The choppers were flown to India from the US in a C-17 heavy-lift aircraft.

India had ordered 24 Lockheed Martin-Sikorsky MH-60R helicopters from the US in 2020 to strengthen the navy’s anti-submarine/anti-surface warfare and surveillance capabilities. The government-to-government contract for the helicopters was worth around ₹14,000 crores, and three of these choppers were earlier delivered to the navy in the US.

The Indian Navy will receive a total of 24 MH-60Rs in the contract with the U.S. Navy which will enhance our Navy-to-Navy cooperation and strengthen our combined subsurface and surface warfare capability and capacity in the Indo-Pacific region. #FlyNavy #StrongPartnerships pic.twitter.com/IIjk0Jxpn2


“The first three MH 60Rs delivered in the US in 2021 are being utilized for training Indian Navy crews. The next three MH-60R helicopters are being delivered to Kochi – two helicopters were received on Thursday and the third helicopter is scheduled to be delivered in August,” the navy said in a statement, adding that India will receive the delivery of all 24 helicopters by 2025. 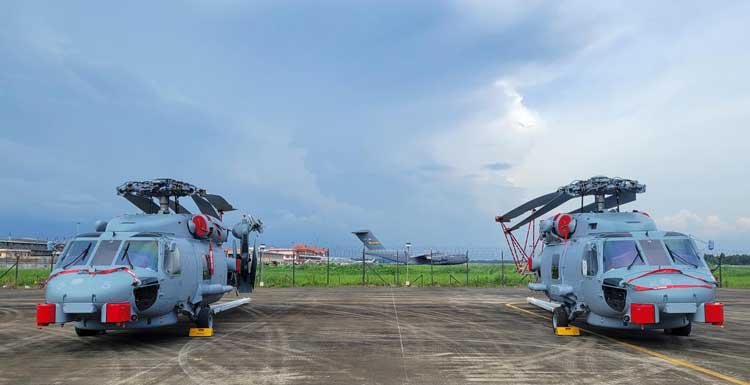 image source The Hindu
The choppers are expected to be the mainstay of the navy’s anti-submarine/anti-ship warfare and airborne early-warning capabilities in the coming decades. The navy first moved a case to buy multi-role helicopters, a critical operational necessity, more than 16 years ago.