A Jyotirlinga is a devotional representation of the Hindu god Shiva. There are 64 original Jyotirlinga shrines in India and Nepal, 12 of which are most sacred and they are called the Maha Jyotirlingam. 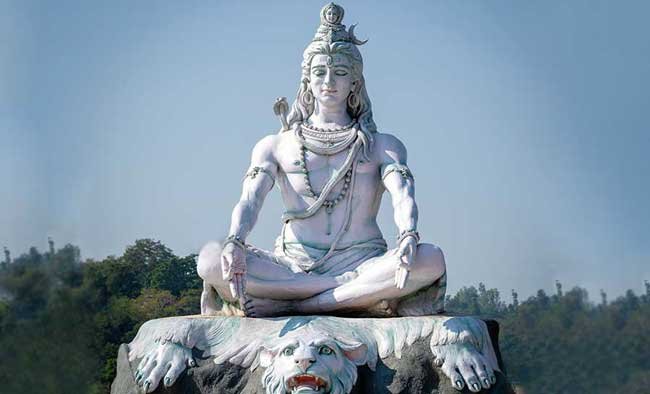 Pick up the radioactivity map of India, you will be surprised! The highest radiation is found in all the Jyotirlinga sites without the atomic furnace of the Government of India. Shivling is something like a nuclear reactor, that is why water is offered to them so that they remain calm. All the favorite food of Mahadev like Bilvapatra, Datura, Jaggery, etc. are all nuclear energy absorbers.

Since water is also reactive on the Shivling, the drainage tube does not cross. The structure of Bhabha Anubhatti is also like that of Shivling. Along with the flowing water of the river, the water offered on Shivling takes the form of medicine. That's why our ancestors used to tell us that if Mahadev Shivshankar gets angry then calamity will come.

Science is behind our traditions.
The culture from which we were born is Sanatan. Science has been made the basis of tradition so that it becomes a trend and we Indians always live a scientific life. You will be surprised to know that there are important Shiva temples built in a single straight line from Kedarnath to Rameshwaram in India. 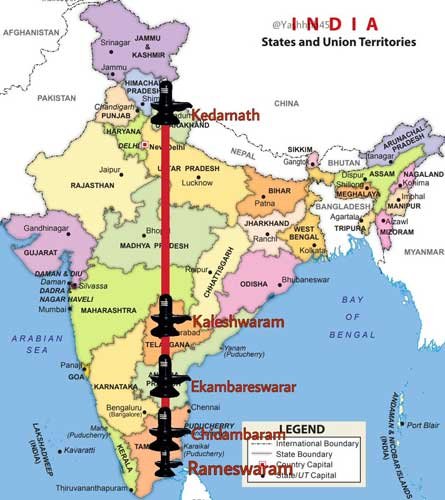 Image source twitter
1) Kedarnath in Uttarakhand,
2) Kaleshwaram in Telangana,
3) Kaleshwar in Andhra Pradesh,
4) Ekambareswara in Tamil Nadu, Chidambaram and
5) Rameshwaram temples are built in a straight line of 79°E 41'54". 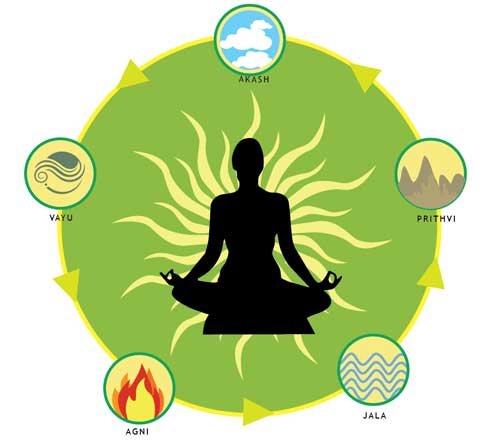 image source total yoga
All these temples show sexual expression in the 5 elements of nature which we call in the common language as Panchabhuta. Panchabhuta means earth, water, fire, air, and space. These five Shivlings have been established on the basis of these five principles.

These temples are also special from a geographical point of view. These five temples have been constructed according to the science of Yoga and are placed in a particular geographical alignment with each other. There must be some science behind it that affects the human body. The temples were built about five thousand years ago when satellite technology was not available to measure the latitude of those places. Then how did the five temples get so precisely established?

The lamp hidden in the Srikalahasti temple suggests that it is an element in the air. Water springs on the plateau inside the Tiruvanika temple indicate that they are water bodies. The large lamp on the Annamalai hill shows that it is a fire element. The sand of Kancheepuram indicates the self-element, the earth element, and the helpless state of Chidambaram indicates the helplessness of the Lord, that is, the sky element.

It is no wonder now that the five lingas representing the five elements of the world were established centuries ago in a single line. We should be proud of the knowledge and wisdom of our ancestors that they had science and technology that even modern science could not recognize.

It is believed that not only these five temples but there will be many temples in this line which come in a straight line from Kedarnath to Rameshwaram. This line is also called 'Shivshakti Aksrekha', probably all these temples are built-in views of Kailas.

In Hinduism, nothing is done without reason. 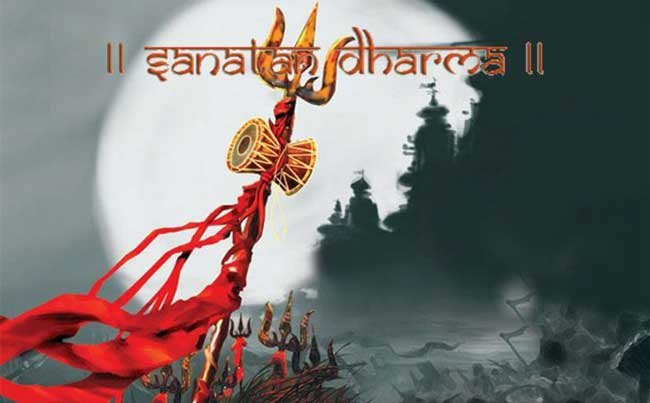 image source Fopeez
Considered in Sanatan Dharma for thousands of years, Ujjain is considered to be the center of the earth. Therefore man-made instruments were made in Ujjain about 2050 years ago to calculate the sun and astrology. And when an English scientist made an imaginary line (Cancer) on the earth 100 years ago, its central part went to Ujjain. Even today, scientists come to Ujjain to get information about the sun and space.

What Is The Right Way To Fight With Your Partner?