Nelson Rolihlahla Mandela was a South African anti-apartheid activist who served as the first president of South Africa from 1994 to 1999. He was the country's first black head of state and the first elected in a fully representative democratic election. 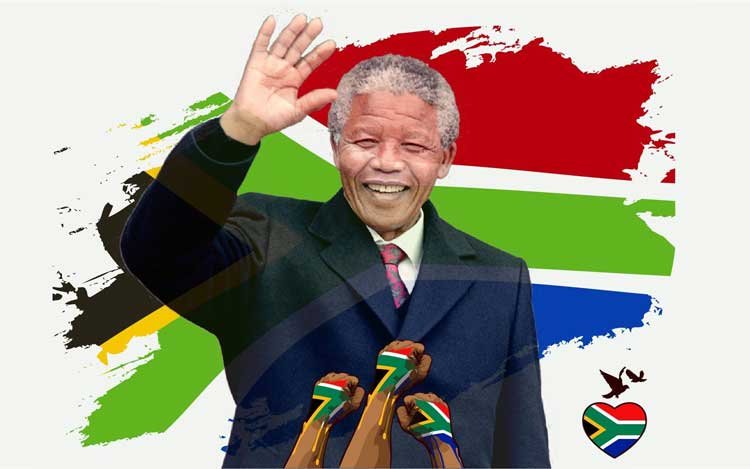 “To be free is not merely to cast off one’s chains, but to live in a way that respects and enhances the freedom of others.” World leaders often quote this famous quote by Nelson Mandela while batting for international peace. South Africa's first black and democratically elected President Nelson Mandela devoted his life to empowering women and men regardless of their religion and ethnicity and promoting dialogue and solidarity for justice and lasting peace. He fought for the fundamental rights of all human beings.

To recognize his contribution to peace and culture, the United Nations General Assembly in 2009 adopted resolution A/RES/64/13, marking July 18, his birth anniversary as Nelson Mandela International Day. The resolution underlines the importance of the principles propagated by Mandela in his struggle to bring democracy to South Africa.

"Racism must be opposed by all means that humanity has at its disposal," said @NelsonMandela at UNHQ in 1990.


The resolution, according to the UN, also acknowledges the contribution of the former South African President in “conflict resolution; race relations; promotion and protection of human rights; reconciliation; gender equality and the rights of children and other vulnerable groups; the fight against poverty and the promotion of social justice”. In 2015, the UN General Assembly decided to expand the scope of Nelson Mandela Day. Besides several other issues, humane conditions of imprisonment, treating prisoners as part of society, and acknowledging the service of prison staff were also made the focus points of the day.

The UN even approved the ‘Nelson Mandela Rules’ — a doctrine for the just treatment of prisoners. The doctrine was named after him as the South African idol who spent 27 years in prison to ensure fair and equal laws for all citizens of the country, and to lead the liberation movement against apartheid.

Mandela worked as a human rights lawyer and played the role of an international peacemaker. His goals were simple yet profound. Thus, Nelson Mandela International Day is seen as a global movement to honor his life’s work and to change the world for the better.
The day remembers Madiba’s -- a title of respect used for Mandela -- achievements and is also a global call to action for people to recognize their ability and work for the needy around them. On this day, various events are held to honor Nelson Mandela’s works and to promote the different projects that were inspired by his achievements. People also volunteer for social organizations on this day to pay their tribute to Mandela