A picture, purportedly from the sets of Doctor Strange in the Multiverse of Madness, appears to show Tom Cruise portraying Iron Man in the film. 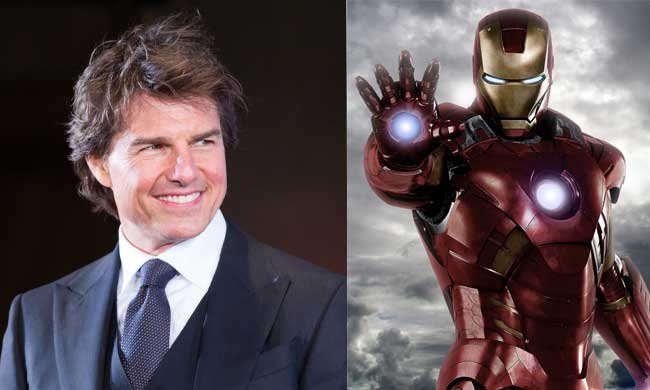 It could likely be one of the biggest cameos in the history of Marvel Cinematic Universe and a pretty on-the-nose inside joke. Rumour has it that Tom Cruise is taking up the Iron Man mantle in the upcoming Marvel film Doctor Strange in the Multiverse of Madness.

In a hazy, leaked image purportedly from the film's sets that has surfaced on social media, a man resembling Tom Cruise can be seen dressed in the motion capture suit. The image was posted by a Twitter account specializing in pop culture leaks and news, with the caption: "(Rumor) Possibly the first image of Tom Cruise on set #DoctorStrange2 in (Motion Capture) for his Iron Man".

(Rumor) Possibly the first image of Tom Cruise on set #DoctorStrange2 in (Motion Capture) for his Iron Man pic.twitter.com/nlvjj7sBAm

While there is no confirmation as to whether the image is indeed from the sets of Doctor Strange or whether the man in question is indeed Tom Cruise, it has set the rumor mills abuzz. There were already reports that since the Multiverse of Madness deals with the concept of multiverse and variants, fans could be treated to different actors playing their beloved characters.

Iron Man aka Tony Stark was famously played by Robert Downey Jr in the MCU, right from the franchise's first film-- Iron Man-- in 2008 to the character's death in Avengers Endgame (2019). Many have pointed out RDJ's influence on the MCU and how the success of his films and fans' appreciation of him was pivotal in shaping up the franchise.

However, not many know that Tom Cruise was one of the names interested in taking up the role even before RDJ was cast. In 1998, in an interview with The Gazette, Tom had said he was interested in "producing as well as starring in an Iron Man film".

Tom was among the actors considered for the role when Marvel Studios were looking to cast Tony Stark almost a decade later. In the end, Robert Downey Jr came into the picture after director Jon Favreau vouched for him. Doctor Strange in the Multiverse of Madness follows on from the incidents of Spider-Man: No Way Home with Doctor Strange trying to contain the fallout of his botched spell that fractured the multiverse. The film's teaser has hinted that we will get to see a Doctor Strange variant for sure and reports claim other actors have been roped in for cameos too.