Johnny Depp turns into Willy Wonka for kids during dinner at Indian restaurant in UK.

John Christopher Depp II is an American actor, producer, and musician. He is the recipient of multiple accolades, including a Golden Globe Award and a Screen Actors Guild Award, in addition to nominations for three Academy Awards and two BAFTAs. 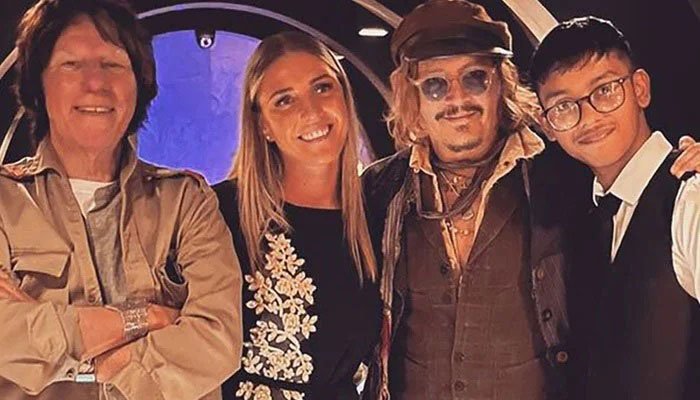 Actor Johnny Depp visited an Indian restaurant in Birmingham, the UK for dinner with his friends recently, days after winning the defamation case against his ex-wife, actor Amber Heard. The actor reportedly spent around $60,000 ( ₹46.6 lakh approx) on the meal at Varanasi Restaurant. He was also accompanied by musician Jeff Beck. 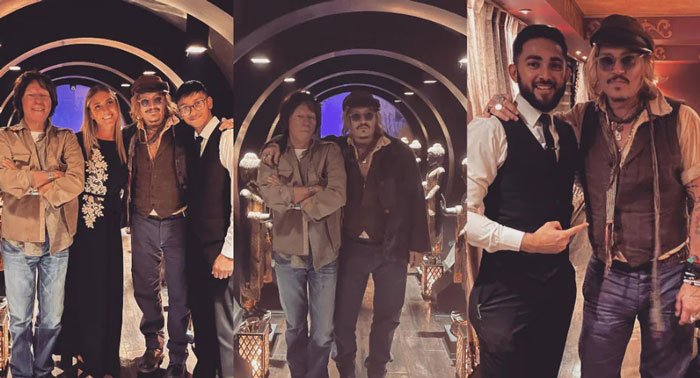 Taking to Instagram, the restaurant shared several videos and pictures of Johnny posing with the staff and also talking with the people. For the occasion, Johnny wore an off-white shirt under a half-jacket, blue denim, a cap, and black shoes. In one of the videos, Johnny was seen placing his hands on his chest while talking to a woman inside the restaurant. He also shook hands with her. "It was a pleasure to have you, Johnny Depp, at Varanasi Restaurants" was written on the video. In another clip of Johnny, recorded while he was seemingly leaving, the actor was seen hugging a young girl.

On Instagram, the restaurant also shared several pictures of Johnny posing with Jeff and the staff. It captioned the post, "The most talked about person on the planet right now joined us for dinner last night! We had the greatest of pleasure to be in the presence of Johnny Depp @johnnydepp and Jeff Becks @jeffbeckofficial ! What an amazing and humble experience. Only at Varanasi Restaurant!" It also added the hashtags--Johnny Depp, Jeff Beck, celebrity, incredible experience, actor, guitarist, Varanasi Birmingham, and surprise among others. 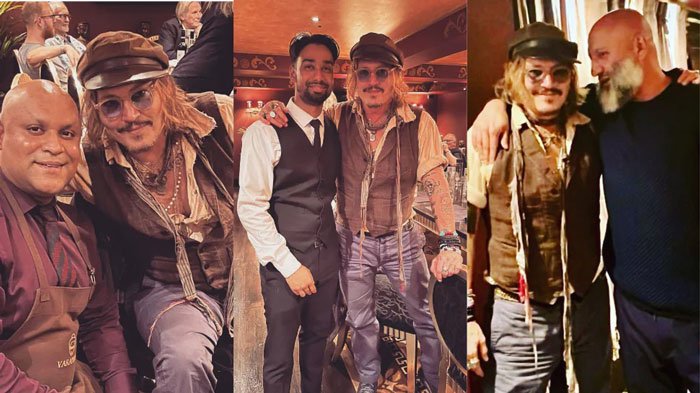 As per TMZ, Johnny visited the restaurant on Sunday night with Jeff and 20 other friends. The restaurant was closed down to the public, as per the report. TMZ quoted Mohammed Hussain, joint's Operations Director, that the total bill was $60,000. Mohammed said that Johnny was extremely humble and they even chatted in his private office.

Troubled by runny nose? Follow these 4 easy home remedies to get rid o...

Benefits Of Having Petty Arguments In A Relationship