Avni, a highly trained and deadly field agent ,is entrusted with a mission to gather Intel and eliminate Rudraveer, an international human and arms trafficker who has been off the radar for ten years. 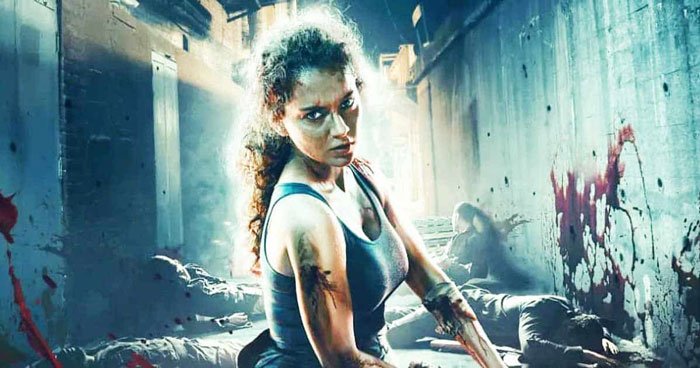 Dhaakad, starring Kangana Ranaut and Arjun Rampal, has been witnessing an extremely low performance at the Box Office. As per reports, the movie managed to sell just 20 tickets across India, which led to a collection of only Rs 4,420. Twitter handle called Indian Box Office, in a tweet mentioned that “Dhaakad collected 4 thousand by selling 20 tickets across India." It further wrote how “India’s No.1 female star AliaBhatt’s Gangubai Kathiawadi collected 5.01 cr net on second Friday."


Taking full advantage of the situation, Tweeples flooded the social media platform with memes. While some morphing Ranaut’s face in a scene from Shah Rukh Khan’s ‘Dilwale Dulhania Le Jayenge,’ others were seen calling Ranaut the most-consistent actor in delivering flop. Here are a few reactions:

Meanwhile, there have also been reports of Dhaakad being shown the exit door at theatres in Mumbai within one week of its release. The action film witnessed a disastrous opening and mixed reviews. The film clashed with Kartik Aaryan and Kiara Advani’s Bhool Bhulaiyaa 2.

On the ticket booking app Book My Show, Dhaakad appears with ‘no watch options.’ This means that there are no shows available for moviegoers to book from. The movie is also limited to a handful of shows in New Delhi. Dhaakad was reportedly released on a reasonably big scale, with the film getting about 2100 screens.

Addressing this, a source told Bollywood Hungama, “Dhaakad was released on May 20 with around 2100 screens. By Sunday, May 22, around 300 screens (have) discontinued (the film), especially the single screens. The screen count was reduced even more from Monday onwards. By Thursday, it was out of many cinemas as Tom Cruise-starrer Top Gun: Maverick had an early release on May 26.”