Violence broke out as prime minister Narendra Modi, president Ram Nath Kovind and UP chief minister Yogi Adityanath were all less than 100 km away at a major event. 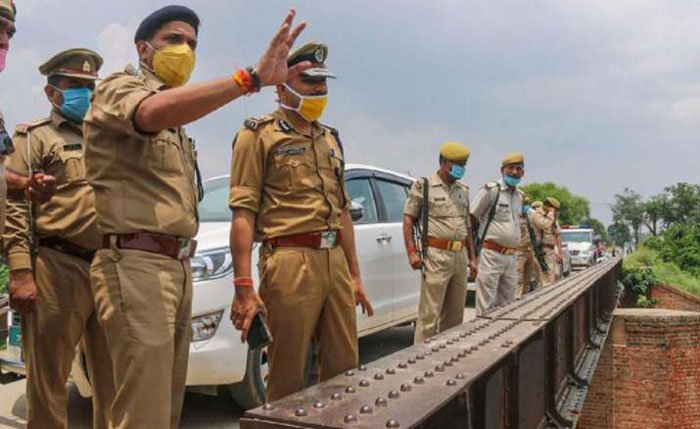 Violence erupted in Uttar Pradesh’s Kanpur on Friday after one group tried to force shopkeepers to shut down shops at a popular market in the city over alleged offensive comments about Prophet Muhammed on a television show.

Here's what led to the clashes and all that has happened since:

1. A few Muslim leaders in Kanpur had called for the closure of shops on Friday in protest against BJP spokesperson Nupur Sharma’s controversial remarks against Prophet Mohammed during a recent news debate on the Gyanvapi issue.

2. One group came to shut down shops in Parade Market -- one of the biggest wholesale markets in the city -- after Friday prayers. "Suddenly, around 50-100 people came and started raising slogans, which was opposed by the other side. Then there was stone-pelting,” said Kanpur police commissioner Vijay Singh Meena. 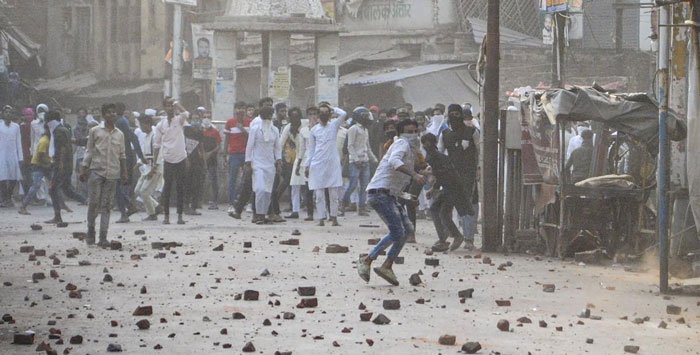 image source AajTak
3. The two groups came to blows at the city’s Parade Chowk area. Videos shot amidst the violence showed people hurling stones and attacking one another. Bombs were lobbed and shots were also fired, according to reports.

4. The police resorted to lathi-charge and fired tear gas shells to disperse the mob and prevent further violence. Police commissioner Vijay Singh Meena said the situation is under control now.

5. Twelve companies of Provincial Armed Constabulary (PAC) have been deployed to maintain law and order, and senior officials are also being sent there to monitor the situation, he said.

6. Police have arrested 18 people under the Gangster Act for their alleged involvement in the violence. Trouble-makers are being identified through video clips and photographs collected from different sources, Police commissioner Vijay Singh Meena. Miscreants will be booked under the Gangster Act, their property will be confiscated and bulldozers will run, he said.

7. Meena said a conspiracy by the Popular Front of India (PFI) or any other organization to incite violence is being investigated. He added that a conspiracy is being suspected as the organization that called the bandh withdrew the call after talking to the administration, but violence suddenly broke out on Friday, he said.

Kanpur, UP | 18 detained in view of a clash between two communities allegedly over market shutdown: Kanpur CP Vijay Meena pic.twitter.com/rRdJD2kDJ6

9. Samajwadi Party chief Akhilesh Yadav said in a tweet in Hindi, "Owing to the failure of the police and the intelligence machinery, at a time when the president, prime minister, and chief minister were in the city, the provocative statement given by BJP spokesperson Nupur Sharma caused unrest. The BJP leader should be arrested. We appeal to all to maintain peace."

How much does Lock Upp contestants receiving amount for per Week/Episo...