Leaving 'The Kashmir Files' and 'Bhool Bhulaiya 2' behind in terms of earnings, 'Brahmastra' has earned 350 crores but trolls are not filling the hearts of trolls to troll this movie, on which this time Karan Johar himself came out......... 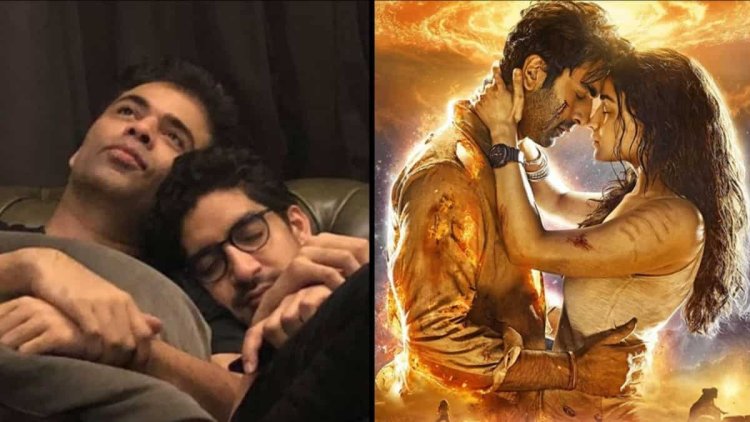 Director Ayan Mukerji's film 'Brahmastra' is rocking the box office. However, despite the success of the film, it is also facing trolls and questions. There are many users and critics on social media who are questioning the shortcomings and logic of this film. In such a situation, producer Karan Johar of 'Brahmastra' has himself replied to a user.

Questions raised on this scene of the film

There is a sequence in the film in which Ranbir Kapoor's character Shiva and Alia Bhatt's character Isha are searching for a secret ashram named Brahmansh. This ashram has been built at a place away from the eyes of the world. But Nagarjuna's character Anish Shetty puts his address on Google Maps to show the way to Shiva and Isha. Users have raised questions about this.

The Guru is living like any other person in the real world… no one knows HE is the leader of the BRAHMANSH! That His is the house of the Astras… so his address with his name in the real world is of-course on google maps! https://t.co/y6IcOXH086

Karan Johar replied to the user

The user wrote in his tweet, 'Tell me how this ashram is a secret? And its address is also on Google Maps? With this logic, the film has also earned Rs 300 crore? Is this Indian creativity?' Responding to the user, Karan Johar wrote, 'Guru is living in the real world like every other human being. No one knows that he is the leader of the brahmans. Nor does anyone know that their house is the house of weapons. So his name and address will be on Google Maps like any other person in the real world.

One user has written to Karan Johar to ignore the negativity, while another wrote, 'What do you need to reply to these trolls? Brahmastra is a good film, for your information, let us tell you that Brahmastra has earned Rs 350 crore so far.