The Karnataka high court on Tuesday dismissed petitions filed by a section of Muslim students from the Government Pre-University Girls College in Udupi, seeking permission to wear Hijab inside the classroom. 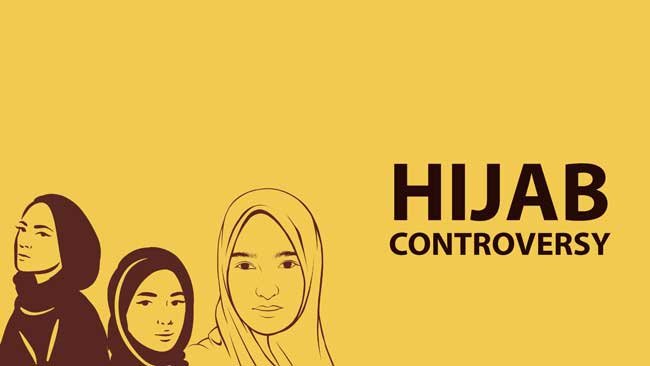 Karnataka Bangalore News Updates: The Karnataka High Court Tuesday upheld the hijab ban and dismissed various petitions challenging a ban on scarfs in educational institutions in the state. The high court said that wearing the hijab is not an essential religious practice of Islam.

After the HC order, Karnataka Chief Minister Basavaraj Bommai appealed for peace and harmony. “All students should follow the high court order and should not boycott classes or examinations. We will have to abide by the court orders and will take strict action against those who would take law and order in hands,” Bommai said.

In its interim order on February 10, the high court had restrained students from wearing saffron shawls, (bhagwa) scarfs, hijab, religious flags, or the like, within the classroom till the final order was delivered. Irrespective of the High Court order on Tuesday, the matter is expected to go to the Supreme Court. 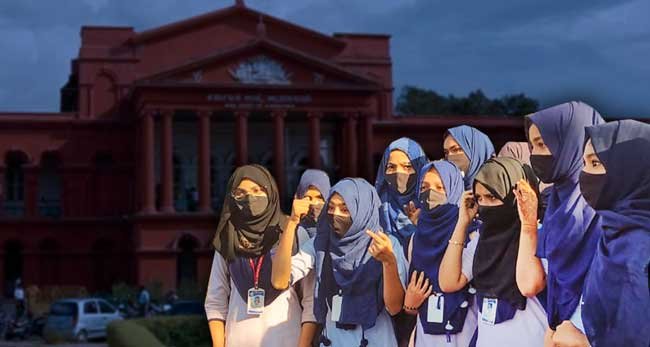 BJP running courts: Cong MLA Irfan Ansari on Karnataka HC verdict
Frowning upon the Karnataka High Court's decision to uphold the ban on hijab in educational institutions in the state, Congress legislator from Jharkhand Irfan Ansari once again courted controversy on Tuesday by alleging BJP is running courts which is not a good tradition. Ansari, who is a former working president of the party's state unit, had courted controversy earlier by praising the Taliban for “having done a good job by forcing the USA to leave Afghanistan”, prompting a backlash from the saffron party.

Hijab petitioners after HC verdict: 'Feeling like betrayed by our own country'
The six Muslim students from the Udupi government college that banned hijabs said that their legal fight will continue. The Karnataka High Court verdict on Tuesday said that wearing a hijab is not an essential religious practice of Islam.

'Satyamev Jayate': RSS affiliate welcomes Karnataka HC verdict on hijab
The RSS-linked Muslim Rashtriya Manch (MRM) on Tuesday welcomed the Karnataka High Court verdict that upheld the ban on hijab in educational institutions in the state, saying truth alone triumphs. In a statement, the MRM said "anarchic elements and narrow-minded leaders" should now desist from "using children" to serve their self-interest. Strict action should be taken against those who were "spreading poison" in the minds of the people and playing "dirty politics" on the issue, it demanded.