'KGF: Chapter 1' set the tone for a slick gangster franchise-high on style and details. The first part was all about establishing the intentions and power of Raja Krishnappa Bairya aka Rocky Bhai. 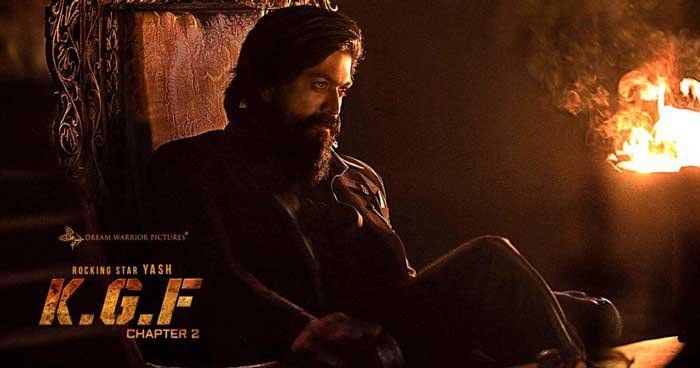 KGF 2 Plot: Raja Krishnappa Bairya aka Rocky Bhai has become the ruler of KGF after killing Garuda. But as he decides to own the world, he finds big foes in the form of Adheera and Ramika Sen. Does he still get his 'Duniya'?

KGF 2 Review: 'KGF: Chapter 1' set the tone for a slick gangster franchise-high on style and details. The first part was all about establishing the intentions and power of Raja Krishnappa Bairya aka Rocky Bhai. The second part has managed to create hype with its promotional content that gives a peek into the film. Does the film manage to match the build-up? It does and provides a better sequel and also has a big surprise for fans in the end, too.

The film begins with Vijayendra Ingalagi, the son of Anand Ingalagi, taking over as the narrator. Rocky has won over the people of KGF and he is now in the process of dreaming bigger and treading more dangerous paths. In this process, he encounters Adheera, who is inspired by the Vikings and evokes visceral fear, who wants KGF back. Simultaneously, he also has to encounter the righteous Prime Minister Ramika Sen, who also wants Rocky taken down.

The story progresses at a brisk pace in a racy tale of Rocky's journey to the top. The film, like the first part, presents a dark, dreary world that is stylishly shot. While the first part took time to prove who the protagonist was and included more time to establish the same, this second part moves quicker and one gets to meet more characters. The conflicts and battles are more interesting this time.
This film gets to showcase the emotional side of Rocky too, with a love story and even some glimpses into his past life that fuelled his ambition. The love story doesn't take away too much from the tale either. One of the best shots in the film is the introduction of Adheera played by Sanjay Dutt. It is pure magic on screen and evokes whistles organically. Raveena Tandon as the Prime Minister also has a good track. The other interesting addition is Rao Ramesh as the CBI officer. Prakash Raj also makes for a good narrator, with his baritone adding an immersive experience.


The film belongs as much to filmmaker Prashanth Neel as it does to Yash. Both of them have managed to deliver a sequel that seems more immersive than the first part. Albeit, Prashanth has always maintained that the second part had the bigger chunk of his original story when they decided to break it into two parts.

For the audience who wants to watch a loaded action film with style, heavy-duty stunts, and dialogues, this one is simply made to order. KGF: Chapter 2 might not appeal to the seemingly woke audience, who would question consent or nitpick on commercial staples like violence. But for those who love such films, here's an essential spoiler, as there is a hint at a possible third chapter in the end credits, so wait until the end.

In-depth Analysis
Our overall critic’s rating is not an average of the sub scores below.