The blood-soaked land of Kolar Gold Fields has a new overlord now, Rocky, whose name strikes fear in the heart of his foes. His allies look up to him as their Savior, the government sees him as a threat, and his enemies are clamoring for revenge. 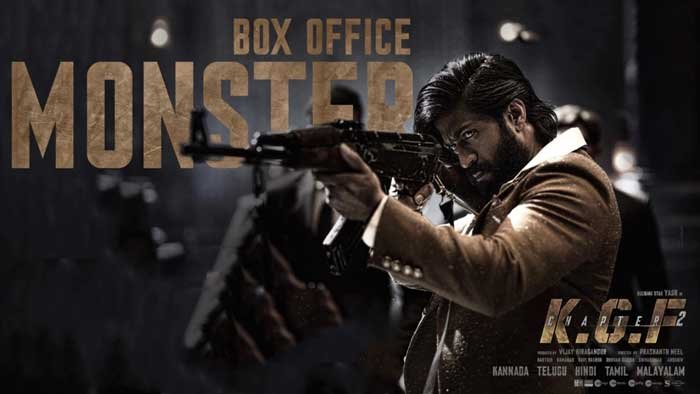 Kannada film KGF: Chapter 2 continues to rewrite record books at the box office. The film has managed a strong hold in its sixth day i.e. Tuesday, registering earnings of over ₹50 crores across all languages on the day. This takes the film's total cross to an impressive ₹676 crore. The number is significant because this means KGF 2 has surpassed the lifetime earnings of Baahubali: The Beginning ( ₹650 crore). According to industry estimates, the Yash-starrer is poised to cross the ₹1000-crore mark sometime next week.

Film trade analyst Manobala Vijayabalan tweeted the breakdown of KGF: Chapter 2's worldwide earnings on Wednesday evening. His tweet also mentioned that the Prasanth Neel film is now eighth in the list of highest-grossing Indian films of all time.

The film's Hindi-dubbed version is also breaking new records each day. The Hindi version alone has grossed ₹238.70 crores, as per trade analyst Taran Adarsh. On Wednesday afternoon, Taran tweeted that the film is all set to be the fastest one in Hindi to hit the ₹250-crore mark. Recently, while speaking with the Public TV channel, the franchise's executive producer Karthik Gowda confirmed that pre-production work on KGF: Chapter 3 has begun but did not divulge more details.