Once, on Krishna’s birthday, she decided to display to everyone how much she loved Krishna. She wanted to distribute whatever was Krishna’s weight in gold to the people of the town. 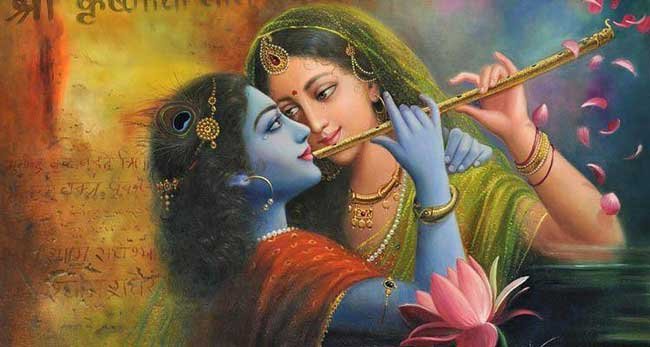 Krishna’s second wife was Satyabhama, a very proud woman. She believed that she was the most beautiful and the richest woman because her father was an extremely rich man and she had all the wealth and jewels she wanted. Vanity was one of her problems.

Once, on Krishna’s birthday, she decided to display to everyone how much she loved Krishna. She wanted to distribute whatever was Krishna’s weight in gold to the people of the town. This is called tulabara. This is something that happens in temples. People weigh themselves on a weighing balance against butter, ghee, or rice, and distribute that to people. You can give rice, salt, pulses, gold, or whatever you can afford. That is part of the tradition.

Satyabama set up the tulabara. People were impressed, but Krishna is not impressed by these things. He went and sat in the balance. She knew approximately what his weight was and had that much gold ready. But when she put the gold in the balance, it did not move even a little bit. Something similar happened when Krishna was a child. A certain demon came and tried to carry him away. Then Krishna became extremely heavy and the demon just collapsed with Krishna on top of him and was crushed. In Kriya Yoga, there is a way where a Yogi can increase or decrease his weight. There are many stories about Yogis who became as heavy as a mountain.

Krishna increased his weight and sat in the tulabara. She put all the gold that she thought would balance his weight but to no avail. By now, everyone in town had turned up to watch. Then she asked her servants to bring all the jewelry she had. One by one, she put her jewelry on the tulabara hoping that it would work. She put everything she had on the scale but it did not move.

Then she looked at Rukmini – a person that she was always a little jealous of and had trouble with. She asked Rukmini, “What shall I do? Because this shame is not just for me, this is for you, me, and everyone. What to do?” 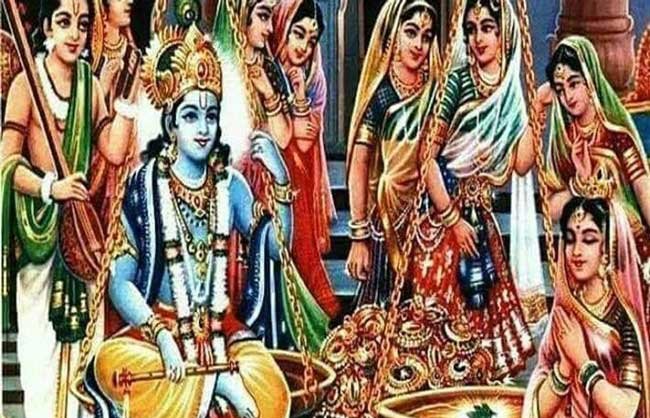 image source Reddit
Rukmini just went and took three leaves from a tulsi plant that was outside, and put it on the tulabara. Krishna just went up!