Lock Upp: Why did Payal Rohatgi has a fight with Siddharth Sharma?

It is an Indian reality television series created by Ekta Kapoor and hosted by Kangana Ranaut, premiered on ALTBalaji and MX Player from 27 February 2022. 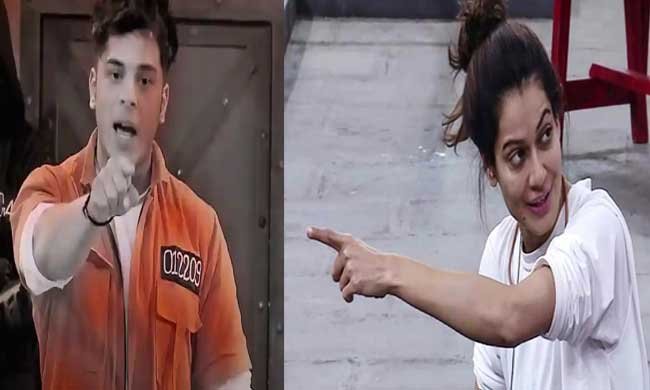 About Lock Upp:
Kangana Ranaut has been spotted placing celebs behind bars all around the city as the reality program Lock Upp approaches its launch. The actress released a new ad for the program on Saturday (Friday 19), hinting at the third candidate and why she was held captive. Kangana Ranaut, who will host the program, has already said that she has a good eye for the kind of individuals she wants to see locked up in her show.

The recent episode of Lock Upp saw a face-off between Orange block's leader Payal Rohatgi and her teammate Siddharth Sharma. The Orange team lost the task of making powdered turmeric, coriander, and chili flakes to the Blue Team. Payal blamed Siddharth for their loss.
Payal Rohatgi told Siddharth Sharma that he was feeling tired during the task and therefore they lost it. She told him, "You were feeling tired and went twice to change masks, during that duration they (Blue team) managed to do their task faster and that's why we lost."

Payal repeatedly told Siddharth, "Nona (Siddharth), out'." Speaking about it, Payal further said, "Then how am I supposed to make you understand that there are four people and we might get disqualified? Main din mein tumhari chaddiyaan bhi uthaati hun, dhoti bhi hun (I wash your undergarments during the day). I do all your work during the day and in between the task if I told you 'out,' you are feeling bad. I protected you during the bathroom fiasco with Shivam without knowing whose mistake it was."

Siddharth said, "I did not ask you to do it. I have asked you not to do it and I don't need protection. I can protect myself. The problem is that you don't understand. You try to make a statement and stick to it without understanding. You are trying to set a narrative that I was getting tired during the task. I haven't felt tired even once."

Payal stuck to her words and said, "You did get tired and in which another tone is the leader supposed to speak? Tomorrow there will be some other leader and I will follow their rules too." Later, she was speaking to teammate Ali Merchant about Siddharth and said, "What's the point of having so much protein if you keep getting tired."