Model who spent Rs 4.7 crore to look like Kim Kardashian pays Rs 95 lakh to be herself again

Brazilian model Jennifer Pamplona who spent Rs 4.78 crore to look like Kim Kardashian has now paid Rs 95 lakh to look like her original self. 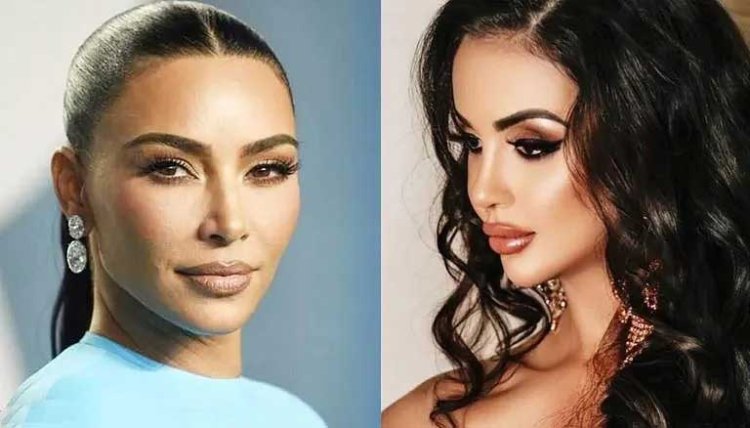 A Brazilian model who spent Rs 4.78 crore to look like Kim Kardashian has now paid Rs 95 lakh to look like her original self. Jennifer Pamplona, 29, underwent more than 40 cosmetic procedures over 12 years to turn herself into a Kim Kardashian lookalike. However, she has now "detransitioned" to her original looks. "People would call me a Kardashian and it started to get annoying. I had worked and studied and was a businesswoman. I had done all these things and had all these achievements in my personal life, but I was only being recognized because I looked like a Kardashian," the former Versace model told Caters. Jennifer first went under the knife in 2010 at the age of 17. Kardashian had just started to gain popularity at that time. Out of her 40 surgeries, three were rhino plastics and eight were operations on her bottom, including butt implants and fat injections.

The transition into Kardashian’s doppelgänger gained Jennifer international attention, however, she soon realized that she was not happy. "I discovered that I was addicted to surgery and I wasn’t happy, I was putting filler in my face like I was in the supermarket. It was an addiction and I got into a cycle of surgery equals fame and money, I just lost control of everything. I went through a lot of hard times," she said. The model said that she realized she was suffering from body dysmorphia and wanted to return to her real looks. An Istanbul doctor said that he could help her revert to her original appearance. "I saw on the computer beforehand how I would look and it was like I was having a rebirth," she said.


She added, "I had a face and neck lift, buccal fat removal, cat eye surgery, a lip lift, and a nose job all at once. I went into the operation room as one person and I came out as another." Jennifer suffered complications during the "detransition" as she was "bleeding from the cheeks" for three days after developing an infection.
She still has severe swelling and bruising and the final results of the procedures are yet to be seen. "The best feeling is knowing I’m not in a fight with myself anymore. I am now who I wanted to be and I now understand the meaning of life," she said. The model is working on a documentary, titled 'Addiction', to talk about the dangers of the operations. She has also collaborated with a doctor to open a foundation in Brazil and aims to treat people who suffer from body dysmorphia.