Monkeypox outbreak: How to protect yourself against monkeypox virus and what to do if you have symptoms

WHO Director-General Tedros Adhanom Ghebreyesus said that there is need for intensified surveillance in the broader community. 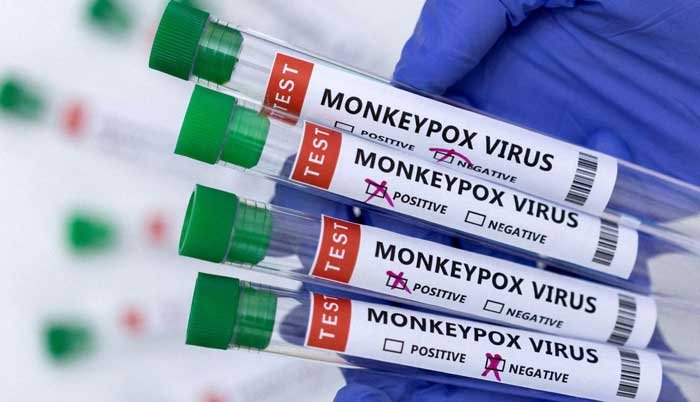 Monkeypox outbreak: With over 3,200 confirmed monkeypox cases and one death, the World Health Organisation convened its emergency committee on Thursday to consider if the spiraling epidemic of monkeypox warrants being declared a global emergency.

WHO Director-General Tedros Adhanom Ghebreyesus said that there is a need for intensified surveillance in the broader community. Some experts said that declaring monkeypox to be a global emergency would mean the UN health agency considers the outbreak to be an “extraordinary event" and that the disease is at risk of spreading across even more borders, possibly requiring a global response. It would also give monkeypox the same distinction as the Covid-19 pandemic and the ongoing effort to eradicate polio. Additionally, many scientists doubt any such declaration would help to curb the epidemic since the developed countries recording the most recent cases are already moving quickly to shut it down.

Here are a few simple steps to prevent the virus from spreading:
Monkeypox can be transmitted through surfaces and materials, so it is recommended to avoid touching materials that have been in contact with a sick human or animal. Additionally, anyone who has had contact with infected people, including medical and health care workers or people who have confirmed cases of monkeypox among their friends or relatives, should take protective measures. According to WHO, the most important steps to prevent transmission includes avoiding any skin contact with people who may be infected, using a condom during sex, washing hands thoroughly with soap and water as well as coughing, and sneezing into the crook of your arm or a hand towel.

As of now, the smallpox vaccine Imvanex is approved as protection against monkeypox in many countries. It is important to note that this vaccine is currently not recommended by health practitioners as a prevention against the virus for the general population, as it is only used for certain risk groups.

[WATCH] "There have been 1500 cases [] that have been identified so far, and looking at those cases, they have been mainly in men who have sex with men," says the National Health Laboratory Service's Prof. Koleka Mlisana on the trend of infections. pic.twitter.com/UbGYigKhav

What to do if you show symptoms?
It is crucial to note that many of the symptoms of the monkeypox virus can be easily confused with other diseases, such as chickenpox, herpes, or syphilis. So medical confirmation is advised. That said, in case you suspect that you may have contracted monkeypox, you must isolate yourself from physical contact with others and immediately seek medical advice.

More importantly, the initial symptoms of monkeypox include will include common symptoms like fever, headaches, muscle ache, swelling, and back pain. The rashes and lesions typically appear on the face, hands, feet, eyes, mouth, or genitals within one to five days. Eventually, those rashes turn into raised bumps and then blisters, which may fill with white fluid before breaking and scabbing over.

However, if your doctor diagnoses you with monkeypox, isolating will be important until the virus has passed. As per reports, the illness is typically said to be mild and most people recover within two to four weeks.