India's Chopra won the silver medal with a new personal best of 89.30m in his first javelin throw competition since winning gold at the Tokyo Olympics last year. 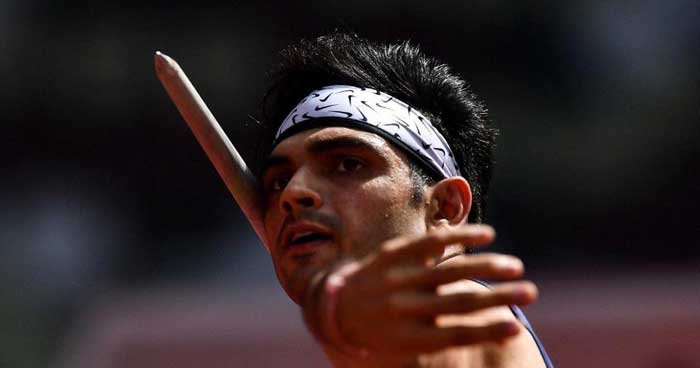 Tokyo Olympics champion Neeraj Chopra made an impressive return to competitive action as he broke his national record to win the men’s javelin throw silver medal at the Paavo Nurmi Games 2022 in Turku, Finland on Tuesday.

Neeraj Chopra registered a best throw of 89.30m, a new personal best and national record, to finish behind Finland’s Oliver Helander, who won gold with a personal best throw of 89.83m. Reigning world champion and 2022 season’s world leader Anderson Peters of Grenada claimed the bronze with 86.60m. The meet in Finland was Neeraj Chopra’s first competition since winning the historic gold medal at Tokyo 2020 in August last year.

"Very nice competition and I am very happy for my personal best and national record," Chopra said. "Oliver [Helander] had very good technique today. I tried maybe too much because that was my first competition of this season. I will compete next in Kuortane after four days."

Olympic Champion Neeraj Chopra settles for a Silver Medal with a New National Record Throw of 89.30m at the Paavo Nurmi Games in Finland.@afi We can see several performance hikes in various events this season. Hope for more further. @Adille1 @Media_SAI @SPORTINGINDIAtw pic.twitter.com/cBLg4Ke8nh


The 24-year-old Indian made a statement of intent with his opening throw, measuring an impressive 86.92m. He then recorded 89.30m in his second attempt, bettering his own previous personal best and national record of 88.07m, set at the Indian Grand Prix 3 in March last year.

The Indian, however, failed to log a legitimate attempt in his next three throws before registering 85.85 with his final attempt. His second throw, however, was enough for a silver medal finish. London 2012 Olympic gold medallist Keshorn Walcott from Trinidad and Tobago finished fourth in the 10-man field with 84.02m, while Tokyo 2020 silver medallist Jakub Vadlejch of the Czech Republic came in sixth with 83.91m.

After Turku, Neeraj Chopra is scheduled to stay in Finland to compete at the Kuortane Games before heading to Sweden for the Stockholm leg of the Diamond League.