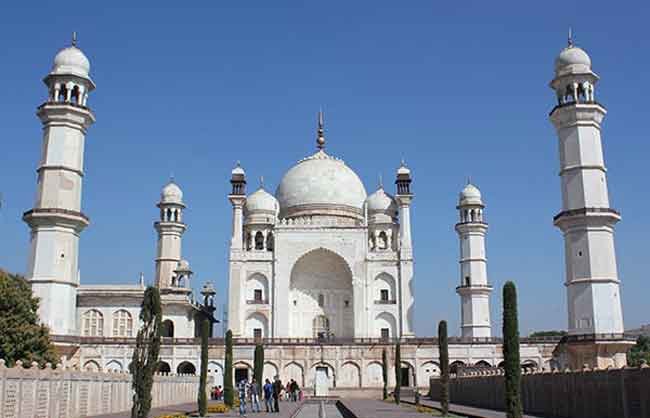 A snow sculpture of the Taj Mahal has become the latest attraction for tourists in Jammu and Kashmir's Gulmarg after the igloo cafe opened here, which also attracted many eyeballs. The replica of the Taj Mahal, one of the seven wonders of the world, has been sculpted by members of the hotel Grand Mumtaz with an aim to make the tourist destination Gulmarg more appealing and memorable for the tourists.

Gulmarg, which is already on the tourists' top list of destinations of snow-lovers, earlier witnessed huge crowds gathering to experience dining in igloo cafes here. By building this new sculpture with zero material cost in 17 days, the locals have managed to not cease to excite the tourists from across the world. 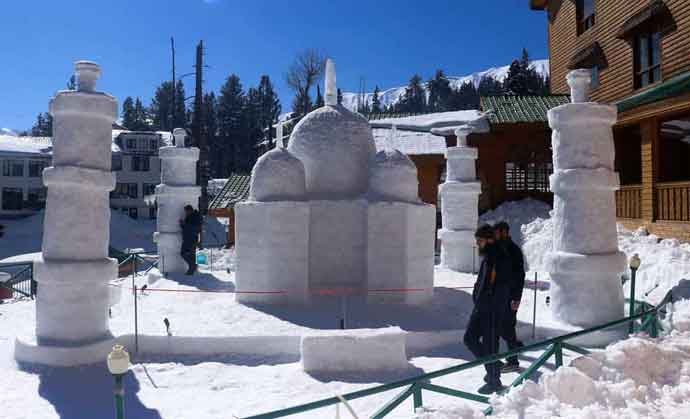 image source
The sculpture reaching a height of 16 feet and covering an area of 24 feet x 24 feet, captivated the attention of many with people flocking to click pictures alongside it. "We wanted to create some resemblance with the name of the hotel keeping in mind to create something that can be talked about for a long time. We wanted to make it memorable for people. Approximately 100 hours of time has gone into this. This place has already become a center of attraction for tourists," Satyajeet Gopal, General Manager of Grand Mumtaz Hotel said.

Taj Mahal was built in Agra by Mughal emperor Shah Jahan in memory of his wife Mumtaz. Yusuf Baba, head member of the team who made the sculpture said that a 4 member team was involved in the work and no other material besides snow has been used. He also said that it has become an attraction for several tourists already. 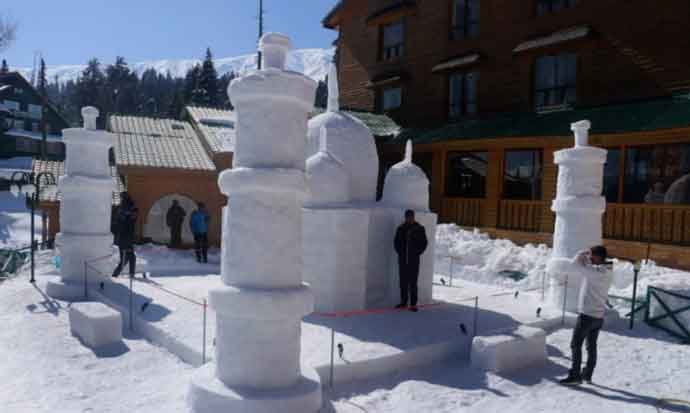 image source
Manzoor Ahmad, a local tour guide, who has been in the tourism sector for at least 10 years, said that such a thing has been built here for the first time. A tourist, who was charmed by the beauty of the sculpture, urged people to come and witness the scenic beauty of Gulmarg.

"This Taj Mahal is very beautiful. We will again come and see this in the evening with the lighting set up. It is a very unique thing," said Rashmi, a resident of Gurgaon, Haryana.