Danish Siddiqui was posthumously awarded Pulitzer along with Adnan Abidi, Sanna Irshad Mattoo and Amit Dave for their images of Covid toll in India. 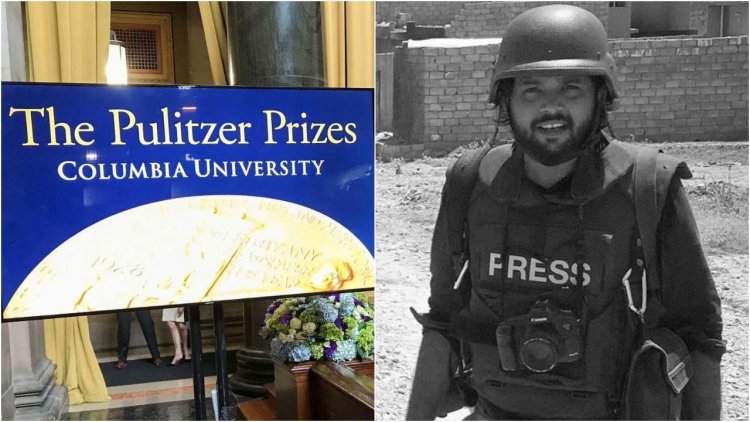 Pulitzer Prize 2022: Pulitzer Prize 2022 was announced on Monday in the fields of journalism, book, drama and accompaniment. The award winners include the names of Indian journalists Adnan Abidi, Sana Irshad Mattoo, Amit Dave along with Washington Post.

While the late Danish Siddiqui of Reuters has been given this award posthumously. He was killed during the conflict between the Taliban and the Afghan army. Reuters photographer Danish Siddiqui was posthumously awarded a Pulitzer along with Adnan Abidi, Sanna Irshad Mattoo, and Amit Dave for their images of Covid toll in India.

Journalists from Ukraine were recognised with a 2022 Pulitzer Prize special citation, while jurors of journalism's top honours also recognized coverage of the January 6th attacks on the Capitol, the withdrawal from Afghanistan and the Surfside condominium collapse in Florida.

WINNER: The Washington Post, January 6, 2021 for reporting the attack on Capitol Hill

Winner: Miami Herald employee for coverage of the collapse of seaside apartment towers in Florida

WINNER: Rebecca Woolington's Corey G. Johnson and Eli Murray of the Tampa Bay Times have received an award for highlighting the highly toxic hazards inside Florida's only battery recycling plant.

Winners: Madison Hopkins of the Better Government Association and Cecilia Reyes of the Chicago Tribune for reporting on Chicago's unfinished building and fire safety

WINNER: Jennifer Senior of The Atlantic.