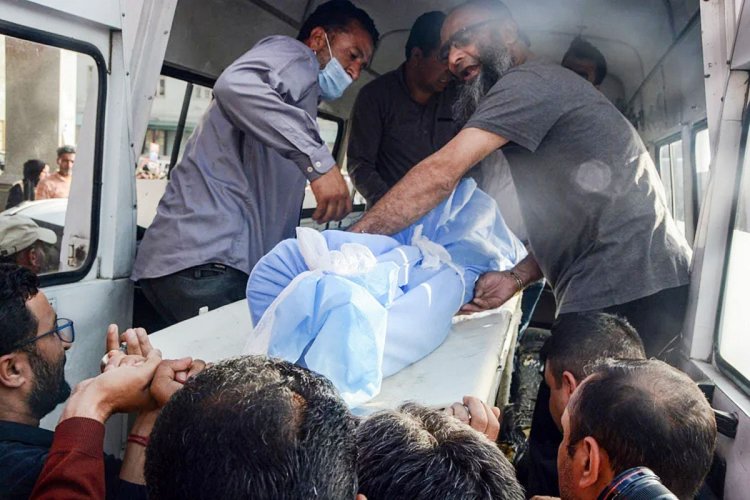 There is a fierce protest over the killing of a Kashmiri Pandit by terrorists in Budgam, Jammu and Kashmir. Meanwhile, BJP leader Subramanian Swamy has questioned the Narendra Modi government on this murder. The BJP leader tweeted that such incidents cannot be taken lightly. Swamy said that why the PM only goes to Jammu, he should also go to Srinagar immediately. The last rites of Rahul Bhat took place today in Bantalab, Jammu. A large number of people gathered during the funeral.

Swamy tweeted, "The killing of Rahul Bhat by Islamic terrorists cannot be taken lightly, as the Modi government is doing now. What is the use of talking about Hindutva when the government is cowardly and is not responding to it. Why PM Modi only visits Jammu. He should immediately go to Srinagar.

The murder of Rahul Bhat by Muslim extremists cannot be taken casually as Modi Govt is doing. What is the use of talking of Hindutva when the Govt is a sissy and cannot retaliate. Why did Modi go only to Jammu? He must now immediately go to Srinagar.

Rahul Bhat (35) was posted as a clerk in the revenue department in Budgam. On Thursday, two terrorists shot and killed him. Eyewitnesses say that three bullets were fired on the chest of Kashmiri Pandit Rahul.

Terrorists asked - who is Rahul Bhat?

Rahul's father said, 'Terrorists shot him in the office by asking his name, who is Rahul Bhat? There were four other people there. The terrorists asked who is Rahul Bhat, then he replied, I am Rahul Bhat, come, what is the work? After this the terrorists fired bullets and killed them. Expressing displeasure with the administration and the government, Bittaji said, "No one bothered from Srinagar. It would have been nice if the DC or at least the SSP would have said something.

Who is doing these murders?

Police say that the Resistance Front (TRF), an organization affiliated to Lashkar-e-Taiba, is carrying out target killings in the Kashmir Valley. In this, especially migrant laborers, members of the minority community and off-duty police employees are being targeted.