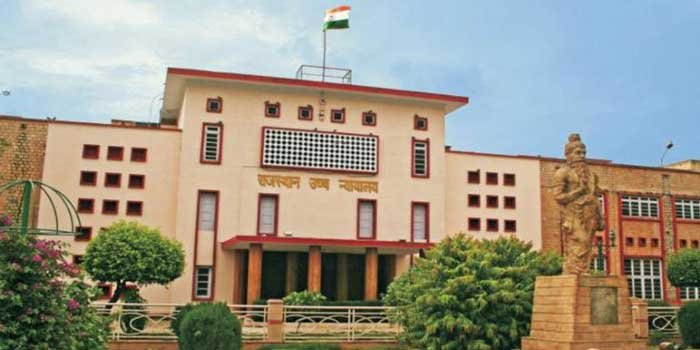 The Jodhpur bench of the Rajasthan High Court has ordered the release of a man for 15 days on parole. This has been done so that his wife can become a mother. It all happened after his wife approached the high court to assert her “right of progeny” and seek her husband’s release. Justices Sandeep Mehta and Farzand Ali claimed that the sexual and emotional needs of the man’s wife were affected by his imprisonment. Not just this but the court also cited Hindu scriptures. It also referred to the tenets of Judaism, Christianity, and Islam to grant 15-day parole to the prisoner. The court further highlighted that of the 16 essential ceremonies, conceiving a child is the first and a right of the woman. This is how 34-year-old Nandlal was released.

It further added, “The right of progeny can be performed by conjugal association, the same as an effect of normalizing the convict and also helps to alter the behavior of the convict-prisoner.” The wife of the prisoner has been deprived of her right to have progeny whilst she has not committed any offense and is not under any punishment. Thus, denial to the convict-prisoner to perform conjugal relationship with his wife more particularly for progeny would adversely affect the rights of his wife.

In this case, the Jodhpur High Court linked the right of progeny to the fundamental right to life as guaranteed under Article 21 of the Constitution. It said the Constitution “guarantees that no person shall be deprived of his life and personal liberty except according to procedure established by law. It includes within its ambit the prisoners also.

Motherhood for Women
“At the same time, the innocent spouse of the convict is also deprived to pursue the same. In a case where the innocent spouse is a woman and she desires to become a mother, the responsibility of the State is more important as for a married woman, completion of womanhood requires giving birth to a child.”
“Her womanhood gets magnified on her becoming a mother, her image gets glorified and becomes more respectful in the family as well in the society. She should not be deprived to live in a condition wherein she has to suffer living without her husband and then without having any children from her husband for no fault of her.”