The Kashmir Files is a 2022 Indian Hindi-language drama film written and directed by Vivek Agnihotri. Produced by Zee Studios, the film is based on the exodus of Kashmiri Hindus during the Kashmir Insurgency.

Under the direction of Vivek Agnihotri’s with a splendid cast like Mithun Chakraborty, Anupam Kher, Amaan Iqbal, Darshan Kumaar ‘The Kashmir Files’ is about the untold and heart-wrenching stories of Kashmir Pandits’  displacement, which were waiting to be heard in the last 30 years. He has chosen incidents narrated from the Kashmiri Pandits’ perspective for a dramatized version of events that unfolded after the emergence of Islamic militancy in the valley state in 1989.

The film deals with Pushkar Nath Pandit (Anupam Kher) and his family and how they were rendered homeless. While the first half establishes the background, the second half is about how and why today’s younger generation can and should connect with their past. The mind of a young college boy who is ignorant about his and Kashmir’s past becomes a symbolic conflict zone after his grandfather and his friends provide him a view of Kashmir, which is quite contradictory to the one narrated by his university professor. 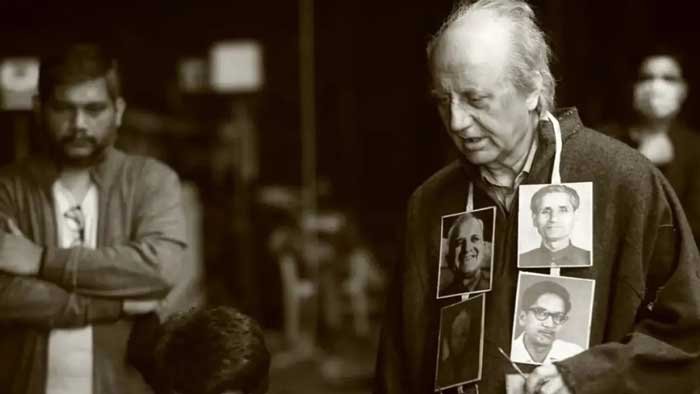 image source outlook India
Violence inflicted on innocent lives, brutality, massacre, elusive peace, human rights and political agenda, ideologies at conflict makes the movie more contemplative. Pandits consider their displacement strictly as genocide and not an exodus, due to the horrifying torture and unspeakable violence. The non-linear narrative and effective flashbacks make it an intense watch. The painstaking research on Kashmiri Pandits and their survival of six earlier genocides is clearly evident.

Dialogues- ‘It is not an exodus, but genocide’ and ‘Broken souls don`t speak, they must be heard’ drive home the film’s point, while the slogan ‘Ralive, Tsalive ya Galive’ (convert, leave or die) continues to echo in the mind long after the movie is over.

Performances by Anupam Kher, Mithun Chakraborty, and Darshan Kumaar make it a compelling watch. The film could continue to be a talking point due to effective synchronization of mythology, the ancient history of Kashmir, JNU’s internal politics, the diplomacy of media, the Indian Army, and the abrogation of Article 370. 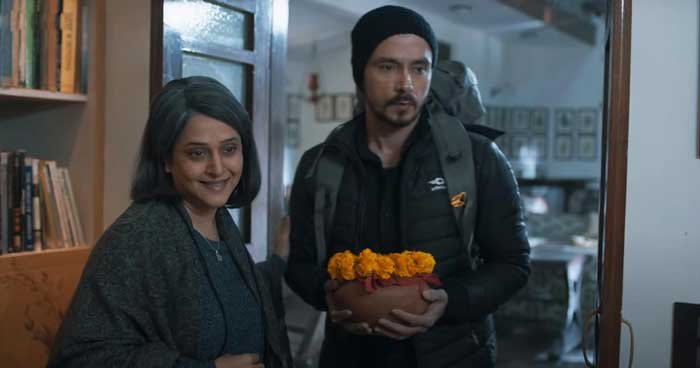 image source Koimoi
Rohith Sharma’s music and Swapnil Bandodkar’s lone lyric are outstanding. The flick is lengthy and appears to be an extended documentary at times. The background of a student who goes to Kashmir for a reality check somewhat appears unconvincing.