Long ago, there was a famous hermitage (The grove and ascetic) named Naimisharayna. In this hermitage, saints are used to meditating. The student also used to come to learn there. 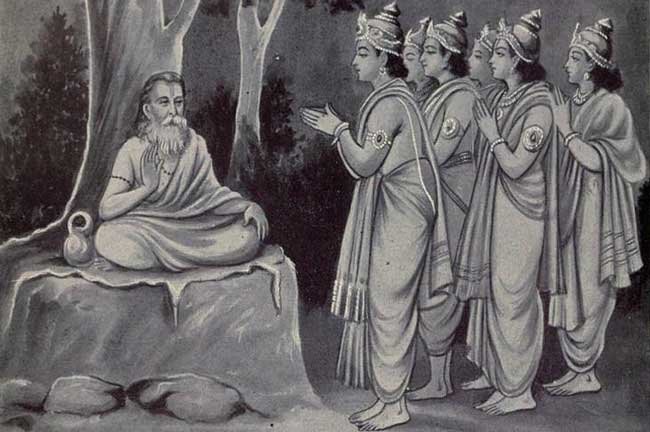 Long ago, there was a famous hermitage (The grove and ascetic) named Naimisharayna. In this hermitage, saints are used to meditating. The student also used to come to learn there. There was a saint named Dadhichi living in that hermitage. He used to engage himself in the ascetic pursuit of meditation in the deep forest. He prayed and prayed for the welfare of all. At that time there grew a demon named Bandra and the demon turned into a strong force.
Moreover, he obtains a boon from the god shiva by pleasing him. Gods and goddesses grant boons when they are pleased with someone's prayer. The boon-seeker may be a god,  human, or demon. The boon that the demon Brita obtained from the god Shiva was that he would not die at the stroke of a god's weapon or demon. With the boon received from Shiva, Britrasura become all the more powerful. He conquered Heaven, the kingdom of gods and goddesses. He drove away all the god-goddesses including chief god Indro, from Heaven. Then Indro went to the god Shiva with all the gods expelled from heaven. Then Shiva advises them to go to the world of Vishnu. Vishnu would give you the right advice.

Accordingly, all gods went to Vishnu. They offered their prayer to Vishnu. Vishnu becomes pleased at their prayer. He told the gods to go to Dachichi Muni at Naimisharayna. His liberality will bring welfare for you. Following the advice of Vishnu, Indra, the king of gods, went to Naimisharayna forest to meet Dadhichi Muni. After hearing all these Dadhichi Muni (Saint) said, It will be impossible to kill especially blessed Britrasura with an ordinary weapon. So a new trick and device should be found us."

After a while, "Dadhichi Muni said that he had found a device. Indra wanted to know what the device was. Dadhichi said that he would leave his body and embrace death. At this sudden statement, all the gods become surprised. Dadhichi said to them "One day this mortal human body will perish. For your welfare let me do this today. If I leave my body you can use my bones to make a weapon. With those weapons you can slay Britrasura, Human bones are not common weapons".

Then the engineer of the gods Vishwakarma made a weapon with the bones of Dadhichi. The weapon was called Bajra, Indra killed Britrasura with the help of the weapon Bajra. As a result, heaven was regained.