A member of Mahatma Gandhi’s non-cooperation movement against the British government in India, he was imprisoned for a short time in 1921. 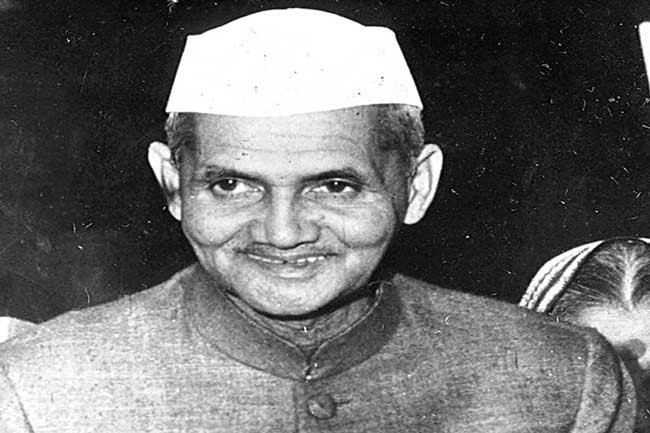 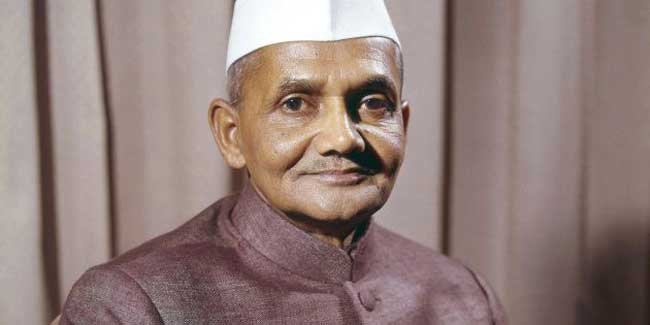 image source Huffpost
Shri Lal Bahadur Shastri Education
He was sent to live with an uncle in Varanasi so that he could go to high school. Nanhe, or ‘little one’ as he was called at home, walked many miles to school without shoes, even when the streets burned in the summer’s heat. As he grew up, Lal Bahadur Shastri became more and more interested in the country’s struggle for freedom from foreign yoke. He was greatly impressed by Mahatma Gandhi’s denunciation of Indian Princes for their support of British rule in India. Lal Bahadur Sashtri was only eleven at the time, but the process that was end day to catapult him to the national stage had already begun in his mind.

"The preservation of freedom is not the task of soldiers alone. The whole nation has to be strong."

Joining of Non-Cooperation Movement
Lal Bahadur Shastri was sixteen when Gandhiji called upon his countrymen to join the Non-Cooperation Movement. He decided at once to give up his studies in response to the Mahatma’s call. The decision shattered his mother’s hopes. The family could not dissuade him from what they thought was a disastrous course of action. But Lal Bahadur had made up his mind. All those who were close to him knew that he would never change his mind once it was made up, for behind his soft exterior was the firmness of a rock.

Lal Bahadur Shastri joined the Kashi Vidya Peeth in Varanasi, one of the many national institutions set up in defiance of British rule. There, he came under the influence of the greatest intellectuals, and nationalists of the country. ‘Shastri’ was the bachelor’s degree awarded to him by the Vidya Peeth but has stuck in the minds of the people as part of his name. In 1927, he got married. His wife, Lalita Devi, came from Mirzapur, near his hometown. 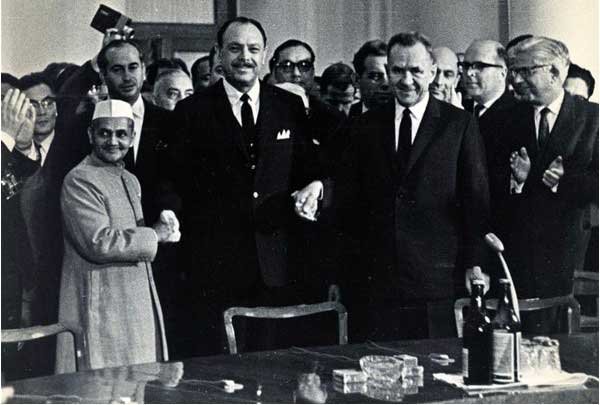 image source The Friday times
Tashkent Agreement, an accord signed by India’s prime minister Lal Bahadur Shastri (who died the next day) and Pakistan’s president Ayub Khan, ended the 17-day war between Pakistan and India of August–September 1965. A cease-fire had been secured by the United Nations Security Council on Sept-22-1965.

The agreement was mediated by Soviet premier Aleksey Kosygin, who had invited the parties to Tashkent. The parties agreed to withdraw all armed forces to positions held before Aug- 5-1965 to restore diplomatic relations; and to discuss economic, refugee, and other questions. The agreement was criticized in India because it did not contain a no-war pact or any renunciation of guerrilla aggression in Kashmir.