A photo of Afshan Ashiq had gone viral on social media in December 2017 when she was seen throwing a stone at the Jammu and Kashmir police. 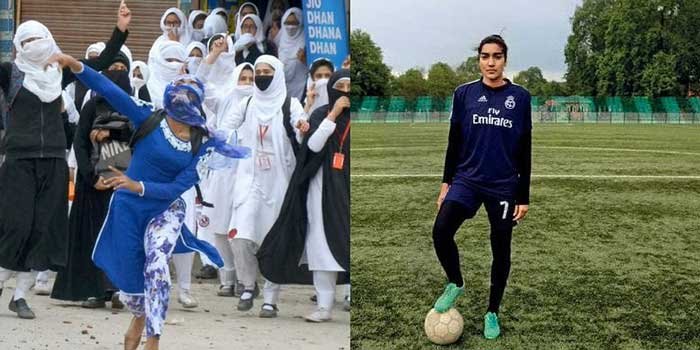 Catapulted into the limelight for the wrong reasons, Kashmiri goalkeeper Afshan Ashiq is keen to grow out of the 'stone-pelter-turned footballer' tag after taking part in the ongoing Indian Women's League (IWL).

A photo of Afshan Ashiq had gone viral on social media in December 2017 when she was seen throwing a stone at the Jammu and Kashmir police. Afshan was coaching budding 12-22 years old Kashmiri women football players at the Tourist Reception Centre ground in Srinagar when demonstrations broke out. "They (police) abused us, slapped my students. If they treat us like that, what do they expect from us?" Afshan was quoted as saying by News18.com on the sidelines of IWL, where she plies her trade for FC Kolhapur City. "I was labeled a stone pelter-turned into a footballer. But I have always been a footballer, that was just one day," she said.

Virat Kohli, Milind Soman, footballer Afshan Ashiq and others are interacting with the PM. pic.twitter.com/HXSRhp0bXK

"After that incident, when I went for training, I thought nobody would know that it was me, but the sports secretary came and said 'you are famous on social media now'. I was like 'what did I do? I didn't do anything. He was like 'give me five minutes, you will come to know what you did." Afshan Ashiq was wearing the same dress that she wore during the protest and that helped the sports secretary identify her.

"I had to accept. He said 'I'm with you, just talk to the media and tell them the truth. Just tell them what happened. Everybody is thinking that there is no future for sports in Kashmir and I thought 'okay, I will talk'." 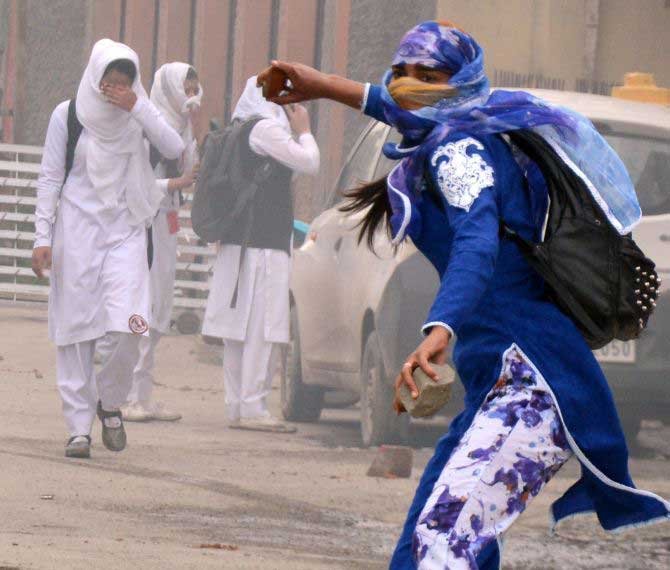 image source rediff
My father didn't relent
"After two months, my dad came to know about the incident and I was not allowed to leave home for one month. It was really bad. I used to beg my mom and tell her I'll just play for half an hour and come back. But she said she couldn't do anything and I had to be at home. For one month I could not play football and it was tough for me. Then one day I was having dinner with dad and he looked at me and said, 'why are you crying?' I was like 'you ask me to sit at home, what do I do'. He then allowed me to go out and I could play again."

Who is Pandit Pradeep ji Mishra, why is he known for Shiv Purana