Bal Thackeray, was an Indian politician who founded the Shiv Sena, a right-wing pro-Marathi and Hindu nationalist party active mainly in the state of Maharashtra. 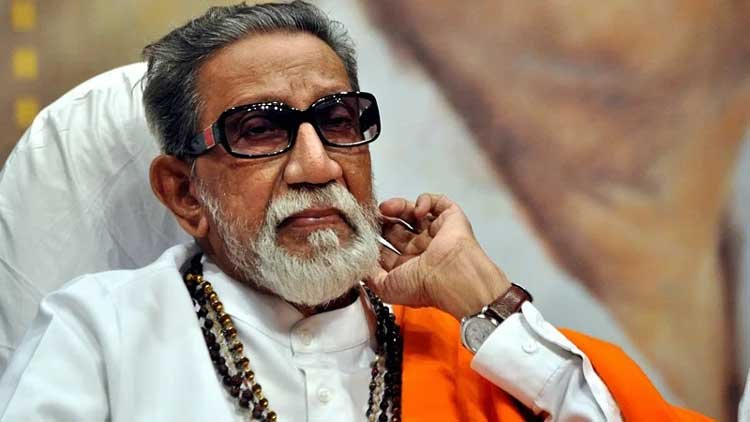 Thackeray began his professional career as a cartoonist with the English-language daily, The Free Press Journal in Bombay AKA Mumbai, but he left the paper in 1960 to form his political weekly, Marmik[citation needed]. His political philosophy was largely shaped by his father Keshav Sitaram Thackeray, a leading figure in the Samyukta Maharashtra (United Maharashtra) movement, which advocated the creation of a separate linguistic state for Marathi speakers. Through Marmik, Bal Thackeray campaigned against the growing influence of non-Marathis in Mumbai.

The early life of Thackeray
Thackeray was born on 23 January 1926 in Pune, the son of Keshav Sitaram Thackeray 'Prabodhankar' and his wife Ramabai Thackeray. The family belongs to the Marathi Chandraseniya Kayastha Prabhu community. He got his surname Thackeray from his father Keshav who was an admirer of India-born British writer William Makepeace Thackeray, his father Keshav later changed his surname from Panvelkar to "Thackeray" Bal was the eldest of eight siblings, three among them being brothers Shrikant Thackeray (father of Raj Thackeray) and Ramesh Thackeray, and five sisters (Sanjeevani Karandikar, Prabhavati (Pama) Tipnis, Malati (Sudha) Sule, Sarla Gadkari, and Susheela Gupte).
image source The times of India
Thackeray's father, Keshav Thackeray, was a journalist and cartoonist by profession; he was also a social activist and writer who was involved in the Samyukta Maharashtra Movement of the 1950s, which argued for the creation of a unified state called Maharashtra for Marathi-speaking areas with Mumbai as its capital. Bal Thackeray was inspired by his father's political philosophy.

Thackeray's Personal life
Thackeray was married to Meena Thackeray (née Sarla Vaidya) on 13 June 1948 and had three sons, oldest son Bindumadhav, middle son Jaidev, and youngest son Uddhav. Meena died in 1995 and Bindumadhav died the following year in a car accident. Uddhav succeeded his father as the leader of Shiv Sena. Uddhav's son, Aditya wants to continue the family dynasty by getting active in the party. Raj is his brother Shrikant's son. Despite Raj's break away from the main party, Raj continues to maintain that Thackeray was his ideologue, and relations between them improved during Thackeray's final years. Raj broke away from Shiv Sena to form his own political party called the Maharashtra Navnirman Sena. Sanjeevani Karandikar is Bal Thackeray's sister. Thackeray drew cartoons for the Free Press Journal, the Times of India, and Marmik besides contributing to Saamna till 2012. He cited the New Zealander cartoonist David Low as his inspiration.
image source Free press journal
Thackeray's Political views
Thackeray was criticized for his praise of Adolf Hitler. He was quoted by Asiaweek as saying: "I am a great admirer of Hitler, and I am not ashamed to say so! I do not say that I agree with all the methods he employed, but he was a wonderful organizer and orator, and I feel that he and I have several things in common...What India really needs is a dictator who will rule benevolently, but with an iron hand." In a 1993 interview, Thackeray stated, "There is nothing wrong" if "Muslims are treated as Jews were in Nazi Germany." In another 1992 interview, Thackeray stated, "If you take Mein Kampf and if you remove the word 'Jew' and put in the word 'Muslim', that is what I believe in". Indian Express published an interview on 29 January 2007: "Hitler did very cruel and ugly things. But he was an artist, I love him. He had the power to carry the whole nation, the mob with him. You have to think what magic he had. He was a miracle...The killing of Jews was wrong. But the good part about Hitler was that he was an artist. He was a daredevil. He had good qualities and bad. I may also have good qualities and bad ones."
image source Free Press Journal
Thackeray also declared that he was "not against every Muslim, but only those who reside in this country but do not obey the laws of the land...I consider such people traitors." The Shiv Sena is viewed by the media as being anti-Muslim, though Shiv Sena members officially reject this accusation. When explaining his views on Hindutva, he conflated Islam with violence and called on Hindus to "fight terrorism and fight Islam." In an interview with Suketu Mehta, he called for the mass expulsion of illegal Bangladeshi Muslim migrants from India and for a visa system to enter Mumbai, the Indian National Congress state government had earlier during Indira Gandhi declared a national emergency considered a similar measure.

“I dream that we would create a Hindustan of the Hindus. Maharashtrians or Punjabis alone cannot fight against Islam. That is why I appeal to all Hindus to break the linguistic wall around them and come together so that we can bring Islam in this country down to its knees.”

Support for Kashmiri Pandits
In 1990, the Green Islamic militant organization Hizbul Mujahideen, through the columns of an Urdu daily Aftab, warned Kashmiri Pandits to leave the valley within 36 hours. Bal Thackeray got seats reserved in engineering colleges for the children of these Kashmiri Pandits in Maharashtra. He was one of the first persons to help them after which Punjab also followed suit. At a meeting with them, he supported the idea that the Kashmiri Pandits could be armed for their self-defense against the Jihadis.

Thackeray's Death
Thackeray died on 17 November 2012, of cardiac arrest. Mumbai came to a virtual halt immediately as the news broke out about his death, with shops and commercial establishments shutting down. The entire state of Maharashtra was put on high alert. The police appealed for calm and 20,000 Mumbai police officers, 15 units of the State Reserve Police Force,e and three contingents of the Rapid Action Force were deployed. It was reported that Shiv Sena workers forced shops to close down in some areas. The then Prime Minister Manmohan Singh called for calm in the city and praised Thackeray's "strong leadership", while there were also statements of praise and condolences from other senior politicians such as the then-Gujarat Chief Minister Narendra Modi and the BJP leader and MP L. K. Advani.

Thackeray's Legacy
image source India Today
Thackeray was called Hindu Hriday Samrat ("Emperor of Hindu Hearts") by his supporters. His yearly address at Shivaji Park was popular among his followers. In 2012, he instead gave a videotaped speech and urged his followers "to give the same love and affection to his son and political heir Uddhav as they had given him". Thackeray was known to convert popular sentiment into votes, getting into controversies and making no apologies for it though his son has tried to tone down the party's stance after his death. He was known for his inflammatory writings and was seen as a good orator who used cruel humor to engage his audience. He had a large political influence throughout the state, especially in Mumbai. His party never had any formal internal elections nor was he ever formally elected as its chief at any point. Gyan Prakash said, "Of course, the Samyukta Maharashtra Movement had mobilized Marathi speakers as a political entity, but it was Thackeray who successfully deployed it as an anti-immigrant, populist force." He inspired Baliram Kashyap the leader of Bastar who was often regarded as the Thackeray of Bastar.