The Gray Man review: The Russo Brothers' espionage action thriller is a chaotic mess which is barely salvaged by its two leads Ryan Gosling and Chris Evans, as well as Indian star Dhanush. 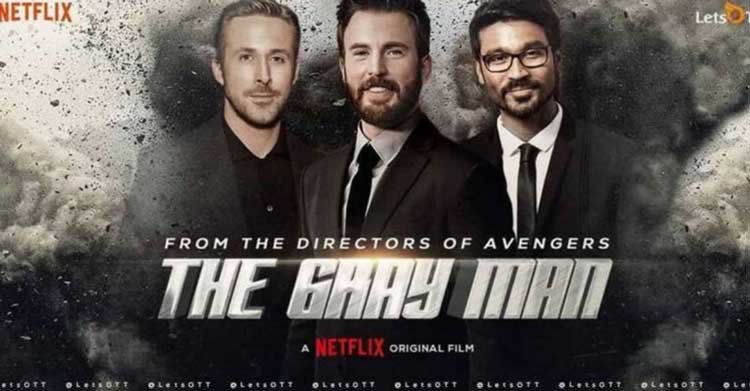 The Gray Man, based on a bestselling novel of the same name by Mark Greaney, follows the infamous Sierra Six (Ryan Gosling), a CIA mercenary who has turned his back on the Agency. Consequently, he is now being hunted by his unhinged former colleague Lloyd Hansen (Chris Evans) and almost every mercenary in the world (a truly diverse cast including Dhanush and Wagner Moura).

With a reported budget of $200 million, it is the most expensive Netflix film to date. On top of that, it is the first film Brothers Russo--Anthony and Joe--have made since Avengers Endgame. All this and the tier-A cast made it one of the most-anticipated films of the year. However, the result is disappointingly underwhelming. The story is straightforward but the action is chaotic, the background score loud, and some of the cinematographic choices puzzling.

Today The Gray Man is officially available on Netflix. A story that had to fulfill a double function: on the one hand, it's a piece that vindicates the action cinema of the eighties, and on the other hand, it is a story that introduces a targeted hero to a new generation. pic.twitter.com/fxkjkSPdxU


The film’s USP is its action, which is sad because much of it is incomprehensible. The action set pieces are so chaotic that it’s often hard to follow what is happening on screen. One plane fight scene, in particular, was headache-inducing. Then there are the weird camera pans that the Russos have employed for scene transitions. The impact of that, coupled with wide-angle photography, is almost dizzying to the point of motion sickness.- And the unrelenting pace of the film barely gives you any time to process the plot, or even breathe for that matter.

The film does have its moments, the chief being a very well-crafted and choreographed tram chase scene in downtown Prague, which is easily the best part of the film. In addition to that is all fight scenes involving Dhanush, which are gritty yet smooth, givindicatingst what the National Award-winner is capable of. And the cast delivers what they were signed for. Ryan Gosling may not lack the charm of Tom Cruise or source Willis but he is an unlikely action star. He is perfect as Sierra Six, in both the gritty and the funny moments. Among the supsupportingst, Billy Bob Thornton and Julia Butters stand out. But the film truly is the Chris Evans show. He wipes the floor with anyone and everyone in his scenes. Chris is so far from his Captain America days that you often forget it’s the same actor. But talents like Wagner Moura and Jessica Henwick have been totted by the directors.

It's Uncatchable Ryan Gosling vs. Unstoppable Chris Evans in THE GRAY MAN, directed by the Russo Brothers.


Many would compare The Gray Man unfunfavorably to Russos’ MCU films. What MCU had was some amazing VFX that often masked the shortcomings in scrthe it if there were any. You cannot help but be raw when you look at Endgame’s climactic battle. If you look at any of Russos’ previous hits, they were replete with iconic moments. It could be Captain America lifting the Mjolnir in Endgame, Thor’s electrifying arrival on Wakanda in Infinity War, Black Panther’s tunnel chase scene in Civil War, or merely Bucky stopping Cap’s shield with his hand in Winter Soldier. The Gray Man lacks that. There is not one moment or scene that stands out and makes you gasp. It is a grand-scale lm but one that may not stay with you as it ages.